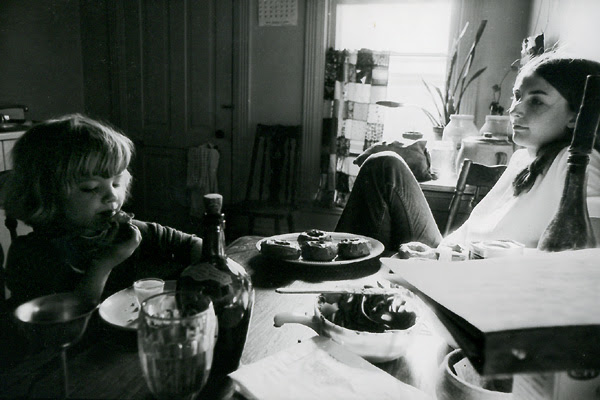 It was an old four-plex, with a crooked stairway that led to Marlys' apartment. Marlys was a natural homemaker, with a seemingly effortless way with a kitchen. The place was just off Franklin and Chicago avenues, a marginal neighborhood then, but not yet the addict-infested corner that it would become in the eighties. Nikki was a kid who lived in the next flat, she could smell the stickybuns that Marlys was baking. She just walked in, the door was open, I suspected that they'd played this game before. She ate in silence, Marlys was content with that, just to see this urchin eating her baking was communication enough. When Nikki finished she just said "bye" and ran out the door. We resumed our conversation, about art and school and nothing at all.