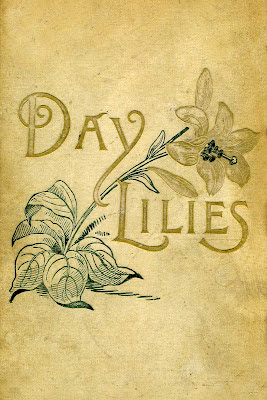 He left her then, but a strange delight
throbbed through her every vein with might,
That the world had opened so wide her gate,
That friendship had brightened the threads of fate,
That he knew her pain, but that loving both
He could shield intact her heart's pure troth.

While going through some old books on a shelf in the guest room I spotted this artistic cover on a volume of Victorian Era poetry. I opened it at random and read the romantic, if somewhat corny passage quoted above. I was about to put it back when I noticed that the fly leaf held the ex libris of my father's sister, Elizabeth.

Aunt Elizabeth. Never Liz or Betty, she was the eldest of all of my aunts, a very dramatic Grand Dame, she was different from my other aunts in many ways, the most obvious being that she had no children and that she had been divorced.

Elizabeth loved books, we always got a book or two from her at Christmas, always with an inscription, and they usually came with a lesson on the "proper" handling of books:
"Don't dog-ear the pages"
"Don't crack the spine"
"Use a bookmark"
and, most importantly,
"Cherish them."

We would occasionally go to her house, a fabulous place, architect-designed, with a massive stone fireplace, the walls of her office included a large bay window. Her two German Shepherds would frolic with us in a large, lilac-lined yard.

Although she loved us dearly, I sensed that kids made her nervous. Actually, I think everything made her nervous. She had been in a bad car accident when she was younger, some said it had changed her. She had a habit of falling in love with drinkers, each one worse that the one before. She lost the big house, then a smaller one, ending up in an apartment, alone. Finally, her "nerves' got the best of her, and she was committed to Saint Peter, a state hospital.

We stored some of her things, books, a combination television/hi-fi console, some furniture. Her record collection was exotic and eclectic, with albums by Paul Robeson, torrid "torch" songs, even novelties from the likes of Slim Gaillard. My father would exchange letters with her, "Epistles from St. Peter" he jokingly called hers as he read from them at the kitchen table. After her condition continued to deteriorate he would read these letters in private.

Elizabeth gave us kids, at least the ones that were old enough to know her a little, a sense that there was more to the world than our tract-house and insular community. The fact that her life didn't play out so well, that she was unlucky in love, can't be held against her.

Sometimes that just happens, everyone is only a twist of fate away from abject misery.

She will always be "Elizabeth the Great" to me.