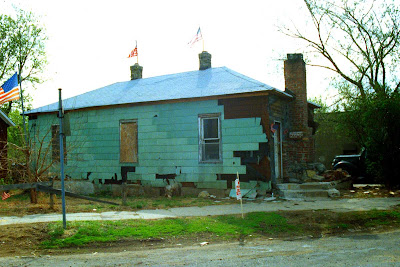 When we were doing the Boho Dance, living in "reduced circumstance" our neighbor was a Viet Nam Vet and itinerant trucker named Joe Mayhew. Joe's drummer had a different beat, so to speak, but he was OK, if just a bit scary. His house had been fair at one time, but the slings and arrows of outrageous fortune had reduced its appearance from merely humble to squalid. Joe tried to be sociable but his efforts were occasionally misguided- such as the time he gave us some meat (from a refused shipment!) that even the dog wouldn't eat. Joe had a hard time with authority, when it came to pass that the city wanted all the properties in the area for redevelopment, Joe fought them all the way, even after they had leveled his domicile.

In defiance, Joe put up this display of of flags. The city policy wonks went to the trouble of putting a quasi-legal notice up, which remained until the land was sold to a developer. 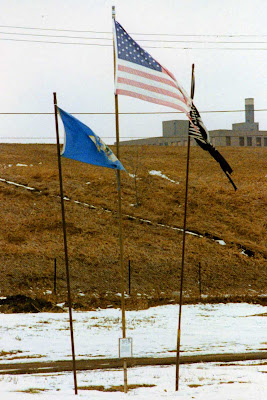 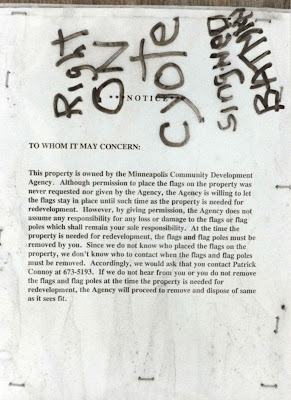