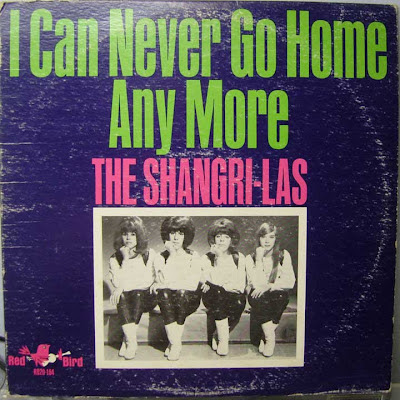 These four girls from Queens hit it big with Leader of the Pack and also had several other charting records. None were as emotionally charged as You Can Never Go Home Anymore in which the singer's mother dies of loneliness after her fickle daughter (the singer of this story-song) runs off with a worthless boy. 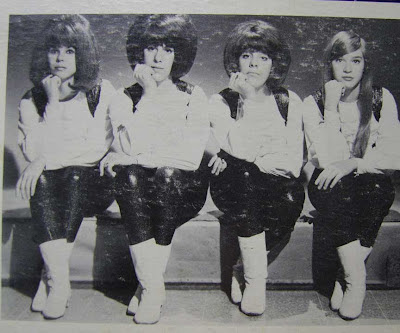 Let's take a closer look at those outfits. Leather pants! And those boots were definitely made for walking! Their albums are still being mined by modern acts for material- Neko Case recently covered The Train From Kansas City, featured on this album. The original riot grrrls.

As a bonus, here's another great cover from a less-noted girl group from the 60's: 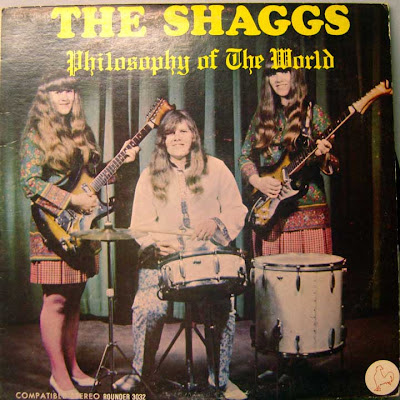 Lord, I love these girls. I've written about them before, here is the equally mind-blowing cover "art." Check out the link, in it there is another link there to an MP3 download of their "greatest hit"  My Pal Foot-Foot.