Icelandic Cinema and Me 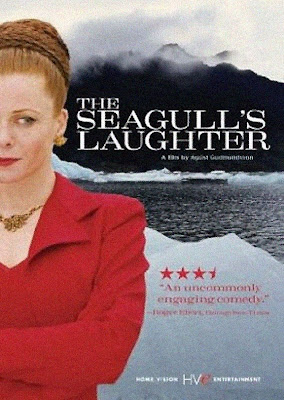 There have been a number of notable films with strong connections to Iceland in the last few years.
The IMDb lists 302 titles in its Iceland section. I'll be giving a short impression of the ones I've seen, (using English titles) seeing any one of them is definitely the next best thing to being there...

101 Reykjavík, 2000, probably the most well known release of the last ten years, an unflinching look at the wild side of "101"- the central district of Reykjavík. I had a discussion about this film with a native in the Laugardalslaug pool, he was not at all pleased with its depiction of the city.

Beowulf and Grendel, 2005, Not the Angelia Jolie film, but the same story, told pretty well on a striking Icelandic location.

Screaming Masterpiece, 2005, The Icelandic music scene, wildly uneven, a must for music fans.

Dís, 2004, Coming of age story written by a woman who was a night clerk at Hotel Borg (Shen was working the night desk the time I stayed there), not the greatest film, but lots of Reykjavik locales, with a cameo from Vigdís Finnbogadóttir and soundtrack by Jóhann Jóhannsson.

Heima, 2007, Sigur Rós concert film, and much, much more. #1 rated documentary at IMDb.

Cold Light, 2004, a brooding, dark film about a man haunted by a childhood trauma. Extremely well done, not for everyone. Good views of modern life in Reykjavík.

The Seagull's Laughter 2001, great film about an extended family of women whose worthless men meet their demise in various "accidents." Told from the point of view of a girl on the verge of adolescence. A must see.

Noi the Albino, 2003, a peculiar young man in an isolated town on the northern coast of Iceland. Very odd, even by Icelandic standards, well worth viewing if you enjoy a Twilight-Zone type story.

There are obviously many more, some titles I've left off because they were not directly concerned with Iceland (notably Niceland, 2004, A Little Trip to Heaven, 2005, Dancer in the Dark, 2001) and there are some I've been wanting to see but haven't yet had the chance (The Sea, Angels of the Universe) to say nothing of the Halldór Laxness books that have been filmed (Salka Valka, 1954, and Atom Station, 1984.) Most of those are in Icelandic only, some aren't available in compatible formats.

I found Noi at my local Hollywood. Netflix should have most of the others...

I loved Noi, Cold Fever, Seagull's Laughter--this was a fun reminder of many fine films I've enjoyed. Don't miss Children of Nature and The Sea--both excellent! An embarrassing aside: I did find my review of Noi--apparently my blog search box didn't like me leaving off diacriticals. When I simplified my search ("film")--lo and behold, there they were all 13 of them! Sigh.
A few of yours I'll have trouble finding: Dis, Cold Light,--and I'm still waiting for an opportunity to see Jar City.

Awesome, Batty! Thanks for the list! The only one I have seen is Cold Fever. When the semester ends and the nights are cold I will be looking for these titles.