When I was out and living on my own for the first time, one of my neighbors was the establishment known as Nate’s Auto Parts.

Nate’s was actually run by Nate’s son, Morrie. Nate was long deceased and Morrie must have been in his late 50s when I moved in. Nate’s was spread over a two city blocks with auto parts siting behind fences and stacked on porches. The inventory filled several old houses as well as a couple of commercial buildings. I’d see Morrie from time to time when he checked his stock, sometimes pulling a part or two, but usually he just sat in his office. I can only imagine what the inside of those houses held but in the yards there were a wild mix of springs, axles, wheels and even a few more-or-less complete vehicles.

All of it was old.

The houses Morrie used for storage had been built in the late 1800’s, boom times, and had once housed merchants and their families, people who were then building up Minneapolis and turning it into a center of international commerce. These “Painted Ladies,” as the Victorian houses of that style were called, were nearly falling apart when I moved in the ’hood, but they had been fine homes in their day. The picture below shows one of the houses on Fifth street circa 1900: 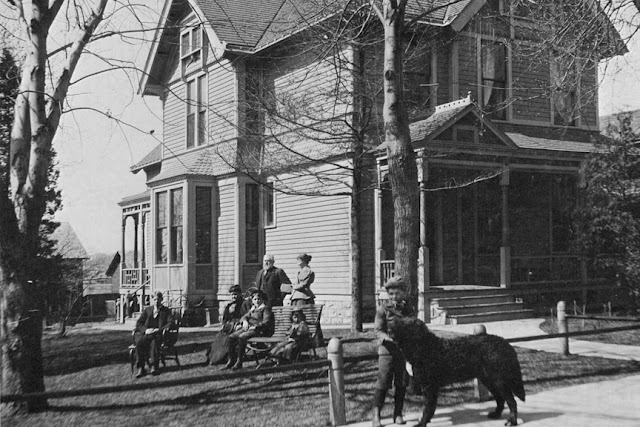 Behind this house was a creek that has now been paved over. It still runs—underground—through North Minneapolis—emerging near its outlet in the Mississippi River. Natural habitat preservation didn’t receive much consideration in those times. There is talk from time to time of opening the creek again, but there is just too much industry lying, in reality, right on top of it.

Ultimately, in the early 1990s, the whole neighborhood was redeveloped and all the people living there as well as the entire stock of Nate’s Auto Parts were relocated. Those old houses were torn down as well, finally erasing the last links to what had once been a vibrant community.