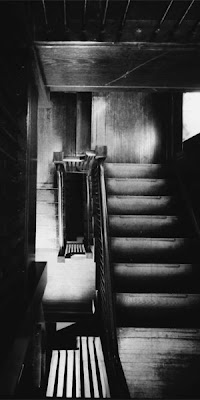 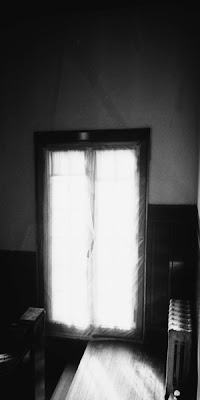 Junior College, that is. In the late 60's a side effect of the baby boom was the proliferation of numerous 2-year "Junior Colleges." There were so many kids coming of age that the established universities had no place to put them all. In the middle of corn fields or nestled in the periphery of downtown areas, all sorts of community colleges sprang up almost overnight, or so it seemed. I had already attended the U for a year and while my grades were decent, I was miserable. Metropolitan Junior College, on the western side of downtown Minneapolis right across the street from Loring Park, was housed in a funky amalgam of buildings purchased from a small bible college/radio station (Jim and Tammy Faye Baker were notable alums.) The classes were small, taught by mostly by part-timers and other academic misfits, and were, on the most part, pretty good. The politics of tenure was absent (or at least minimized), the jock culture was small (I was on a badminton squad!) and most of the instructors actually had some practical experience in their fields.

All of the college buildings were connected by underground tunnels. The older buildings possessed sort of a horror-flick vibe (Roman Polanski's The Tenant comes to mind) with long dark corridors, crumbling plaster, dark wood trim and hissing radiators. I had gotten a part time job attending to the photo lab; it was located on the second floor of what had previously been an old apartment building. The darkrooms were in a bedroom and in its adjacent bath- which still retained toilet, tub and sink. The other apartments in that building were used as offices and small classrooms, some complete with functional fireplaces! There was an elderly caretaker who had an office in the basement full of tools and supplies. I think he came with the building. There was even a small room with a piano- if a practice time hadn't been scheduled you could go in and play, no questions asked.

I'll stop the reminiscence now; I'm starting to realize what a good thing I had there. And it would never do to the have this ersatz prof start wallowing in blubbering sentimentality, would it?

Turn it into a novel. Seriously.

I have attended Santa Rosa Junior College, Santa Barbara City College, and John Tyler Community College. The classes I took at these places were as good as the ones I took at UCD, UCLA, and VCU.
My Dad attended SRJC before getting his degree at Berkeley--and then returned to SRJC, where he has amassed more credits over the past 50 years than any other student!
But what I really love about the community/junior college concept is that they provide a first or a second chance to people unable to attend a college, for whatever reason. Here in Virginia most of our colleges and universities guarantee admission to community college graduates who have earned a transfer oriented degree and maintained a certain gpa.
Sorry to get started like this--I'm a fan.

K~ That is an excellent idea. I've been toying with the idea of writing something substantial and those 8 months I spent there were when I really "came of age." whether the world needs another coming of age novel is quite another thing. Laxness was in his 50's when he wrote Brekkukotsannáll, my story would be somewhat more sordid.

Rose~ The classes there were quite good, especially in the arts and humanities. It had only been open a couple of years prior to my attending.

Yes, do write the whole story. So much of what you have written about is so close to my own experience, its scary.
I am finishing a program at Hibbing Community College 36 years after my BA. The teachers have incredible enthusiasm and practical experience. Some are contemporaries, some are 25 years younger than me and the education seems so much more personal than it was the first time.

Coming of age novels are the best! My favorite of any type. Do us a favor.

Hmm... lots of bad sex, mediocre drugs, depression with a psychotic episode or two- the "feel-good" book of the summer!

Now you're just being difficult...

The more I think about it, the less nostalgia I feel. It wouldn't be boring, though...