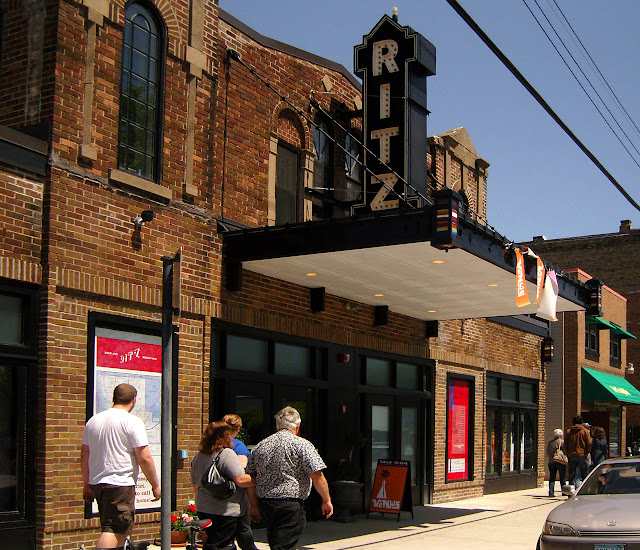 Sunday afternoon found the Weaver and me in Northeast Minneapolis enjoying live musical theater in the historic Ritz. Chan Poling, the noted Minnesota musician, has been developing this project over several years. The story is a twist on Dr. Jekyll and Mr. Hyde, except that in this case the doctor is named Maggie, who is dowdy and middle aged, employed in a cosmetics research lab. She discovers a youth serum which transforms her into "Venus": a ravishing young beauty. Her would-be beau and her power hungry boss both have conflicting interests in Maggie/Venus, but Maggie finally comes to a realization about her sense of self-worth, quits the lab, rejects the false "Venus" and accepts herself, and finds true love.

Although the book is thin, as is true with most musicals, it is really just a way to tie the songs together. I was pleasantly surprised at the quality of the songwriting and the performances of the singers. There were, however, some major stylistic problems with the music's presentation. Besides Chan's songwriting contributions there were two music directors(!) and an arranger on board. It was no surprise then that the score sounded as if it had been hashed out by committee- funk tunes were played with a rock beat, the cast ensemble pieces seemed cluttered, there were no real grooves. The overall sound was shrill, lacking low bass and resonance in the singers' lower registers. The ballads fared much better, indeed, it would have been a welcome relief to hear the singers sing just one song a cappella; the constant tension between the instruments and the singing wasn't dramatic; it was just annoying. It was capably directed and choreographed by Myron Johnson, who is also the Artistic Director of the Ritz. The scenic design (by Little & Co.) was done using video projections of computer animation on scrims, very effective for a production on this scale. For a brand-new work (we saw the tenth performance) it was impressive; it could certainly use some additional tinkering. Composer Poling (fourth from left, below) said as much when he joined a panel after the performance, discussing the production and its themes: 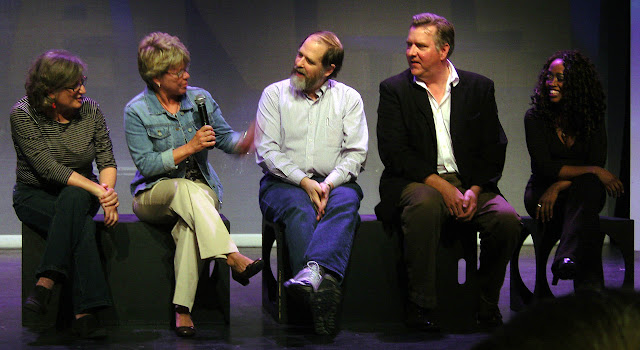 Perhaps the biggest problem of the whole concept was the idea that youth offers only superficial attractiveness. While this is certainly true of media and in advertising, having an older woman transform into a much younger one illustrates that youth has attributes which cannot be denied. It would take a rare actor to pull that trick off successfully. The Maggie/Venus transformation is crucial to making the whole concept "work"; a drama which contains a magical element must have magic in its execution. Leading lady Jennifer Leigh Warren (far right, above) is an accomplished actor and singer, but she is probably about a decade beyond the requirements of the role.

Despite these reservations, I appreciate the efforts of the entire cast and staff. Most theater we have been offered here of late has been relatively "safe." With the current downturn of the economy and dwindling support for the performing arts it is most encouraging to see local talent still producing ambitious new work.