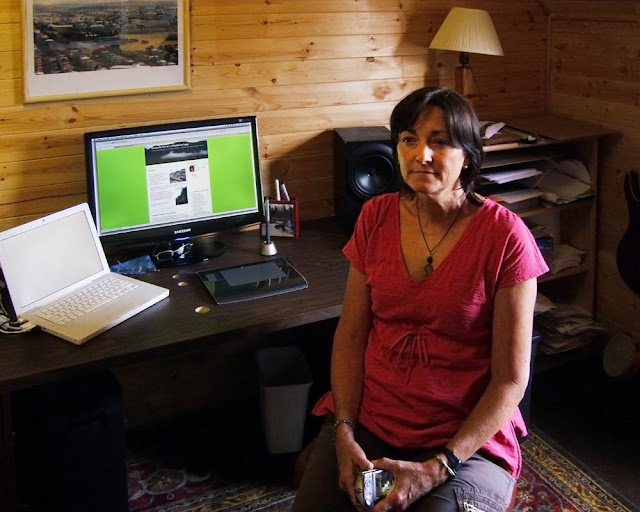 Flippist World Headquarters was invaded Saturday by Rose, my fellow Iceland-fanatic-blogger. We spent the afternoon telling stories of Iceland and elsewhere as she snooped about- even going so far as to sit in the "Flippist Seat of Power" (above), a feat that few have done, and even fewer have lived to talk about.

Seriously, it was a lot of fun, as the Weaver showed off her talents - including a runner made from wool bought in Richmond last year (below) and Rose got to see the Iceland Show I did with Auður in 2005. 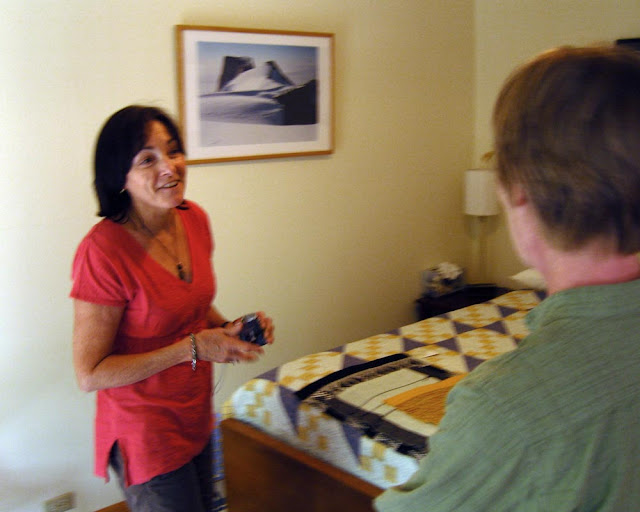 We did talk Laxness, of course, A Quire of Seven the next book review? Gljúfrasteinn this October? (More about that later...)

Someone looks uncomfortable in the Seat of Power, like maybe she doesn't belong there! Such graciousness, just like in Iceland: coffee and homemade baked delicacies. Thank you both.

To thank you, let me share the name of a wonderful Indian restaurant that would be a great way to start or end your next Guthrie Theater event:

Gandhi Mahal
on 27th Ave. S. You will not be disappointed!

Batty! The plan was to keep her as hostage right? Now how do we get the ransom and plunder?

She stole my heart!