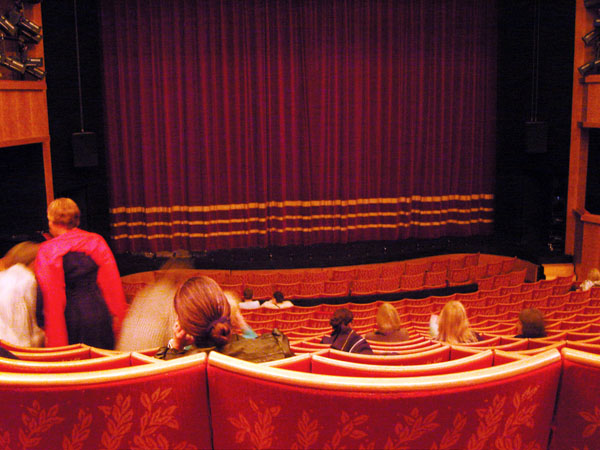 Every time that I've returned to Reykjavík, I've made it a point to see a production at Iceland's National Theatre. This time it was Frida ...viva la vida, a new play written by Bryhildur Guðónsdóttir, who also acted in the title role of Mexican painter Frida Kahlo. This was a very stylized production, with her paintings becoming a part of the set and figures from them, most notably Óxlotl, her dog (and also the Aztec dog of the underworld), and La Catrina, the Mexican goddess of death. Her life, from her disfiguring accident until her death, and her stormy relationship with Diego Rivera, is told in a grim, nightmarish fashion, almost frightening at times. Ólafur Darri Ólafsson becomes Rivera, his immense stature giving Diego an appropriate larger than life aspect. Frida's politics are also covered, Leon Trotsky even makes a memorable appearance.

That an Icelandic theatre would produce an original play about Frida shows what an influence her art and life has had worldwide. The Selma Hayek movie version was visually stronger, as would be expected from a Hollywood movie, but this production brought out the internal struggles of Frida in a more compelling way.

And, of course, if you ever have the chance to see Frida Kahlo's paintings in person, do it. They are the reason we find her more fascinating than ever, and reproductions don't do them justice.