12 Tónar is a charming little record shop and independent record label in Reykjavík. Serving up hot espresso and even hotter tunes, it is as comfortable as your living room (and possibly smaller.) I went in last Monday morning to meet up with the blogger Wim and his friend Heiða who is active in the Icelandic music scene as the lead singer and guitarist of the group called Hellvar who I saw perform at the 2006 Airwaves. Our gracious host was Johannes, who arranged Wim's acquisition of a classic shirt from the Icelandic supergroup Unun, and is shown below in his shop- flanked by Heiða and Wim: 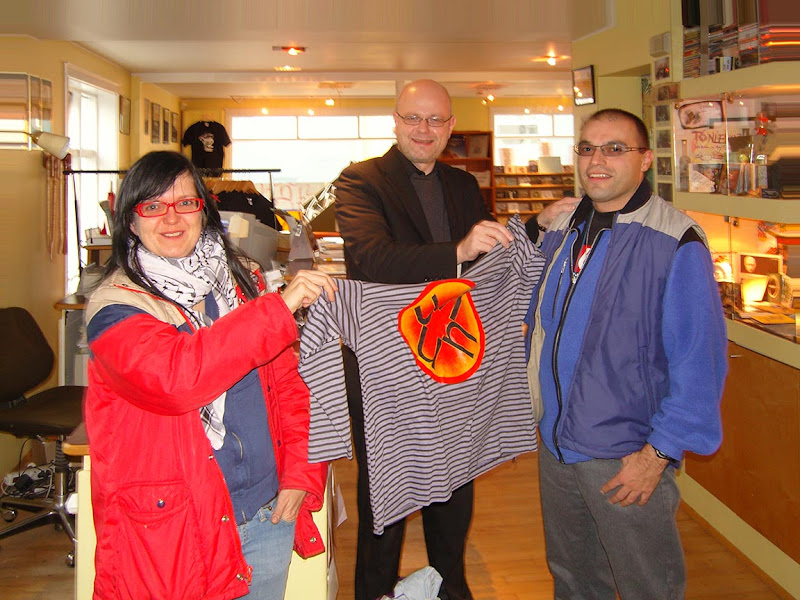 Later on, Wim had arranged for me to meet Villi Knudsen, the famed film maker, and producer of the The Volcano Show in Reykjavík. We were escorted into his study by his assistant, Ellen T'Joen, and offered refreshments and pastries. It was a special day, his late father, who would have been 110 today, was nevertheless very much present in the room for most of the furnishings were built and/or designed by him. A loose stack of photos was lying on the table, chronicling his father's many and varied pursuits: 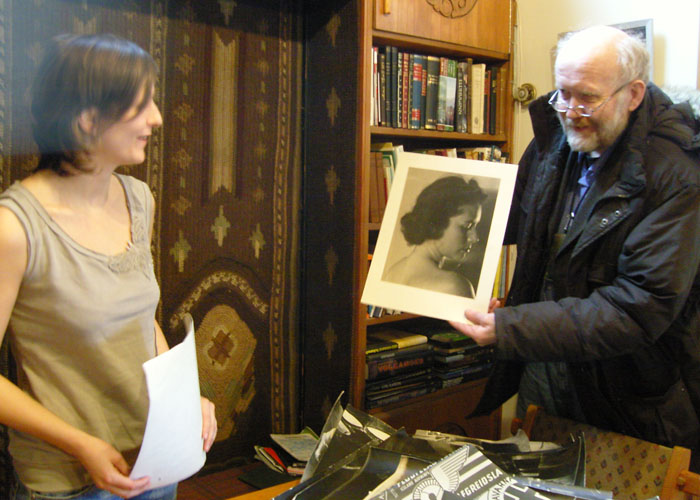 A stroke had slowed Villi a little, but he was still sharp, his piercing stare missed nothing, and his humor is as wry as ever as he talked with Wim and me. 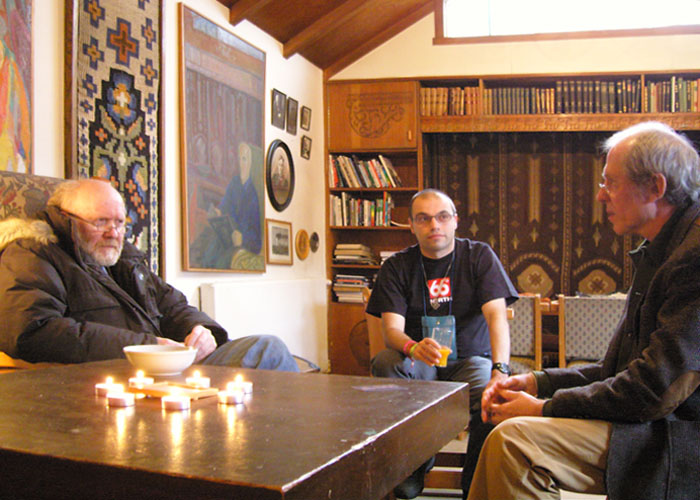 Of course, there were leather bound copies of the work of Halldór Laxness on one of the shelves- behind the chair where Halldór himself had once sat: 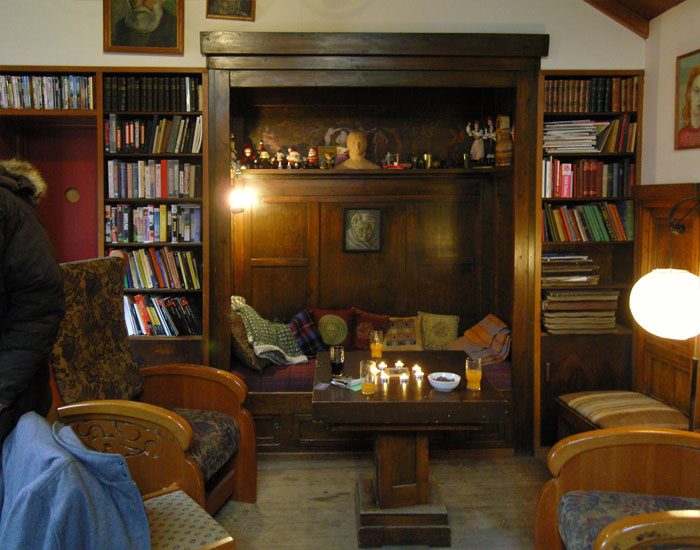 "I never read him." Villi said with a smile. We talked for nearly an hour, and when had I to leave to catch my flight Villi gave me a copy of one of his DVDs.

And then I went home.

Wim's blog is interesting, and the Music Alliance Pact is a fascinating concept. Go MAP!