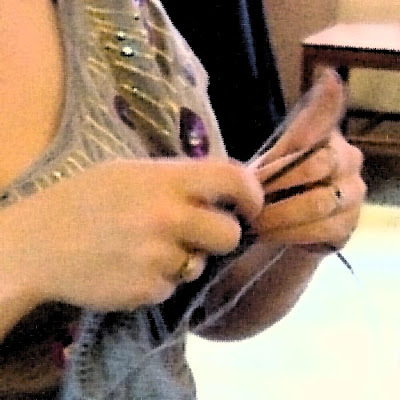 It was a follow-up date: I owed her a café au lait in return for the one she bought me at our last meeting, three years ago. I’ve always liked Scandinavian women: their cool, no-nonsense attitudes, with well-developed powers of appraisal. We had “met”  in the summer of '04, in the “blogosphere”—at the time the hottest thing going on on the internet. Everything was new then, anything was possible, and the whole world was the playing-field. Now, it was no longer the case, most blogs were running on inertia or had simply just given up. My friend had stopped hers: her work and Facebook had replaced the often amusing and sometimes insightful daily reports about her life.

I was in Reykjavík to experience the local music festival, although I had other motives as well. When a dream grabs you and refuses to let go it may mean that it needs some serious up-close and personal attention (or it may mean that you're more than a little unbalanced.) Either way, my previous Icelandic adventures had been very positive, and they certainly had expanded my cultural horizons (and this blog can always use some fresh inspiration!) Since our last meeting things here had changed dramatically; Iceland’s economy was in free-fall, and portents for its future were grim. I had experienced an unsettled year—nothing earth-shaking—just some of those personal situations that have to be lived through with no shortcuts. I knew that my blog-pal had suffered really serious personal set-backs, things which no amount of my sympathy or words of understanding could amend.

Before our meeting, I had just seen a young “girl-group” perform a charming set of original music at the Nordic House, a beautiful cultural center situated near the University. It was as intimate and as quiet a performance as could be imagined. Consequently, I was a little late for our rendezvous, but when I finally made it into the coffee shop I found her waiting with her knitting.  She looked great—a woman who wore her thirties well. As we ordered I felt strangely at peace; after five years of reading each others unfettered thoughts on-line a tacit sense of understanding seemed to exist between us.

After we had sat down she asked about the music I’d seen. I told her about the girl group, and, as an afterword, I mentioned that one of the few regrets in my life was that I’d never had any daughters. That must have been a very powerful emotional undercurrent for me, brought to the surface by the act I had just seen, for I choked up and was unable speak. My companion gently touched my arm, asking if I was all right. I think she was quite alarmed. Although I wasn’t really upset about my emotional outburst (this kind of thing happens to me all the time), I was sorry that she had to endure this, in what otherwise should have been a very joyous time.  I finally managed to regain my composure but later, as we walked out, she looked at me very closely, and asked; “Are you really alright?”  Although I assured her I was, she did email me later for reassurance that I was.

Some friends are life-long, some friendships flare-up brightly, only to quickly burn out. Some friendships are simply a case of parallel lives, two stars floating in the heavens, each gaining a little from the radiance of the other, then drifting away to oblivion.