My Day With A Cult, Part I – The Journey Begins 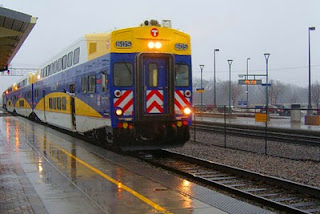 In the cool drizzle of a March Minnesota morning, I headed out (on foot) to the commuter rail station. Somehow, in the midst of various anti-social political movements, this benefit for the common good managed to get built and is now transporting thousands of suburbanites every week to the inner city in a pleasant and efficient manner. (Probably saving each rider about $3000 a year in transportation and parking- more than that if they can now do without an extra car). The cult of the automobile ("Freedom! Speed! Financing!") had been pushed back, if only by a little. I felt that it was as if my town had finally made it into the 19th century! My town had, at one time, enjoyed electric cable car service, until GM and Washington conspired to replace it with smelly diesel buses in the early 1950's.

But this was a train, a real train (albeit a real short train), with three levels of comfortable seating. The conductor announced that today was the birthday of Russ, the man checking tickets, and as he passed through our car we sang "Happy Birthday to You": 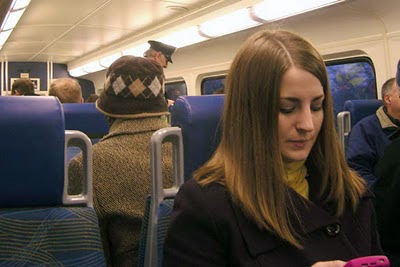 Riding the train was very smooth, the serenity it gave allowed me to ponder my mission. Most people on the train were on their way to work, while I was headed into a cult meeting, eager to learn more arcane secrets of their "black magic". With my pleasant and bland demeanor, no one was any the wiser.

The train quickly made its way through subdivisions and industrial parks, even stopping in "Friendly Fridley", but only for a minute:

The rail line came to an end and we disembarked at a magnificent temple, its massive gates covered with cryptic symbols. That cult will be the the subject of another story, on some other day: 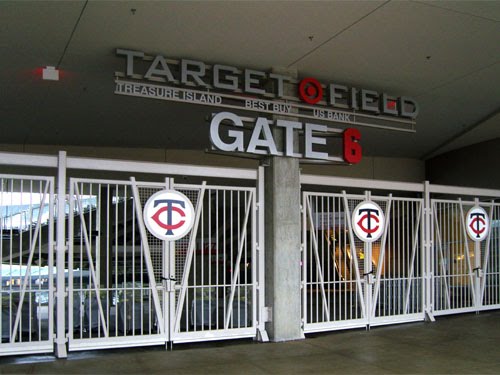 Anoka has its own commuter rail service? How fantastic!

And I can walk there in about 8 minutes!