Stories From The AV Club 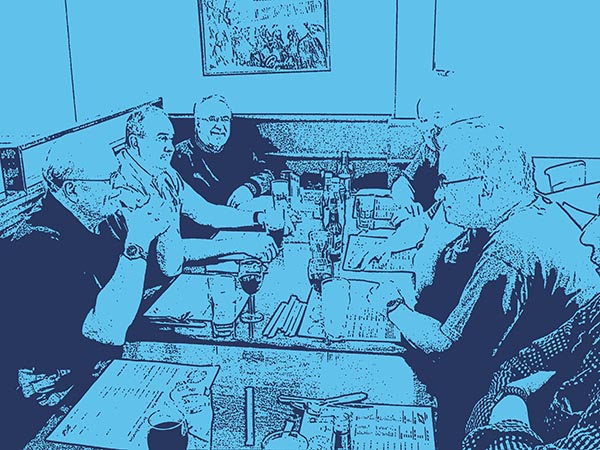 It's been a tradition for several years now. A group of men with whom I had graduated from high school meet once every two months for dinner and conversation. I'll call them "The AV Club", although they weren't really in it, this group of guys were mostly from that social strata when in school- not exactly nerds, but close (they actually went on dates!) They were guys who did stuff, made stuff, but weren't "cool". I finally made it to one of their meetings Wednesday night. Over the years we had all become a lot grayer and somewhat "rounder".

Then came THE BIG STORY. A man and woman from my class, people who I knew well, had recently started having an affair. It was discovered by the man's wife (via an eMail which hadn't been deleted, no less!), and they both ended up splitting from their respective spouses. It was a story which would have been titillating and intriguing twenty or 30 years ago, but now just seemed kind of sad.

The AV club members were all nice guys, all hard workers, good fathers, respectable citizens. I might go back again, I might not. Sometimes ignorance has it rewards.

Hmmm... another PHS secret society. Tell me, Professor, how do you always manage to get the scoop? (oh yeah,... anyone I know?)

I think that we should schedule a dinner date with AG to catch up on the latest gossip...

I don't have either your eMail or Facebook - Audie is open for Tuesday the 4th- I try calling you, or give me an email- the address is on the "info" link in the sidebar.

Love what you did to the picture.