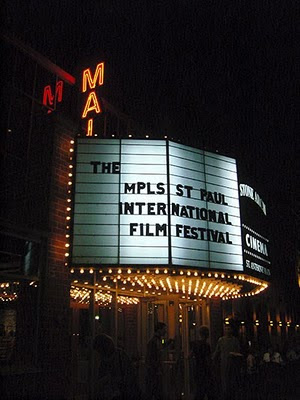 So the Minneapolis - Saint Paul Film Fest is finally here, and over the weekend I did manage to catch three films. One was French (35 Rhums), one was Chinese (Dixia De Tiankong- The Shaft), and one was Icelandic- the aforementioned Reykjavík-Rotterdam. The French and Chinese films were both slice-of-family-life dramas, very minimal action, and not a whole lot of character interaction either. They both had some redeeming qualities, but entertainment was not one of them.

Óskar Jónasson's film was, in contrast, a vivid and at times sordid crime drama. Co-written by the director and Arnaldur Indriðason, it is a "last caper" movie, with Baltasar Kormákur in the lead role as a reluctant bootlegger. An excellent cast includes many regulars from the Icelandic scene including Ingvar Sigurdsson, Ólafur Darri Ólafsson, and Jörundur Ragnarsson. Although it does feature some good local color, it is more of a Hollywood style movie. Indeed, it is being remade with Mark Wahlberg in the lead! Lots of hoods, creeps and lowlifes, with some disturbing beatings and bloody violence. Realistic footage on a freighter and a wild heist scene in Rotterdam filled out the well-plotted story. Not much of Icelandic culture, but as I said, it is a Hollywood style movie, and a successful entertainment.