California! Just the sound of the word conjures up visions of sun, fun and SURF! The Minnesota prairie received its first significant snow of the year on Saturday, that heart attack inducing kind which is wet and sticky and weighs about 40 pounds per shovelful. I gave the the driveway and sidewalks some cursory attention and then retreated into the cozy lair which is Flippist World Headquarters. A glass of Temprañillo along with some cheesy comestibles put me into a semi-comatose state. With my last ounce of strength I managed to "tune in" DJ Cousin Mary. Her streaming broadcast was coming from the eclectic independent radio station KFJC in the Los Altos Hills of California. I was just in time for the "Reverb Hour."

I was content, in a cheesy/winey/surfy/California-vibey way. Much more fun than shoveling snow!

Mary has been hanging around FITK for some time now, she recently returned from Iceland Airwaves and posted her memories of it (along with dozens of video clips!) on a blog. Check it out, along with her radio show (Saturdays 12 to 3PM Pacific time.) The last hour is devoted to surf music, both old and new.

When her show was over it was back to my shoveling: 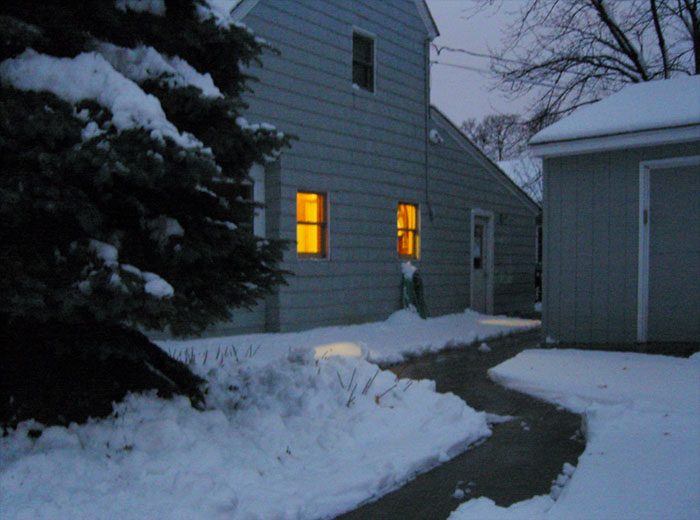 Only 126 days until spring!

Thanks for listening! It's a given that you never know what people are doing while they are listening to you on radio, but I never thought of someone taking a break from shoveling show! Brrrr...

Bonus points for playing "The Wedge" by Dick Dale!