My Soul To Take
A Novel of Iceland
by Yrsa Sigurðardóttir 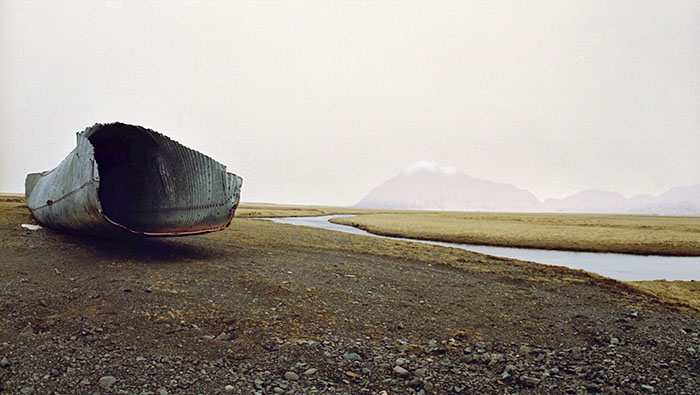 Murder mystery novels are a curious form of escapism. They have the power to transport one far from daily cares into a world wherein the reader can identify not only with the protagonist's struggle and victory, but also with the killer's depravity and downfall. The best of both worlds!

In this book, Yrsa's second, we revisit Thóra Gudmundsdóttir, a very clever lawyer who has a knack for getting involved with murders, this time in an isolated area of Snæfellsness. In farmland located between Snæfellsjökull and the sea a new-age hotel has been built upon the foundation of an old farmhouse and is troubled by bad "auras" and the haunting cries of restless spirits. Thóra is called by the owner to get an opinion on resolving these issues with the former owners of the property.

There has been a lot of activity in the Scandinavian crime-fiction lately, I've reviewed no less than five Arnaldur Indriðason titles, and have also covered Yrsa's first book. This one is considerably better, although not really in the bleak Nordic mystery vein. It is more of a traditional, plot-driven mystery, well done and captivating (I read it in one sitting) but not nearly so psychological or atmospheric as I would have liked. Part of the problem may have been me- I've spent some time in the area where the action occurs, and the memory of those places filled my imagination rather than Yrsa's prose.

Thóra is an appealing protagonist; because she is a lawyer rather than a detective she has more freedom in her actions. Interactions with her family, an ex and a lover all help to enrich her characterization. As in Yrsa's first book, there are numerous plot twists with mumerous characters (you might want to write a relationship diagram) with some real sadness in the multi-path story line stretching back over sixty years. There are plenty of suspects and some nice twists which help pave over rough sections in the plot. I didn't think I'd read Yrsa again, but this book was a pleasant surprise.

Good timing - I have been reading too much dense, slow going non-fiction and am ready for a good mystery!

It's pretty breezy, not great literature by any means, but ok for what it is.

I got her first one but have already been told by someone else that it wasn't her best. I would like to read this one. Although it sounds traditional you mention many elements I would like. And I haven't been in Iceland so far.

Okay - just finished her first book "Last Rituals" - okay, but not great. Glad to hear her next book is better, will get to it later..

Is My Soul to Take set at Hótel Búðir?
Are there reviews of this novel with more depth?
New topis–In mid-1970s, while a US Navy weatherman living for 4 years with my family at Keflavik NATO Base, I desired to read Halldór Laxness's Atómstöðin, yet I was unable to discover an English translation.
However I did read an English translation of an Icelandic novel about murders, adultery, depression set in farms in northwest (?) Ísland.
What was this novel?
BTW... Recently found your blog, by doing a Google for Yrsa Sigurdardottir's novels... Now reading on wife's iPad, My Soul To Take... Very much enjoy your insights to modern Ísland. Keep blogging.

Chris ~ "loosely" based on a Hotel similar to and in the same area as Hótel Búðir, but no, probably not.

Check out the Laxness in Translation site- it has a lot of info on Halldor Laxness and his work.

Not familiar with the book you asked about.