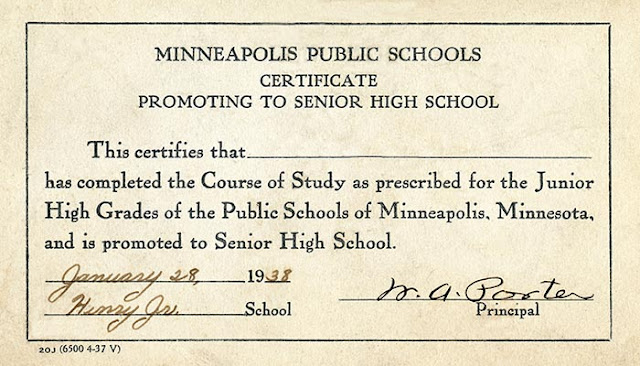 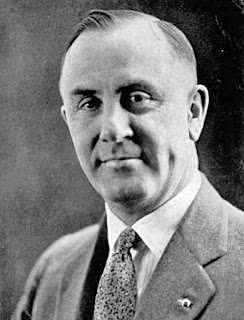 In the 1930s, the principal of the junior high which  became my high school (Patrick Henry, in North Minneapolis), was a man named William Porter. Stories about him were few, although some of the older teachers said he liked to have a loosely-run school. It was known as “Happy Henry” to some, and ‘Porter’s Playground” to others. He was the school’s first principal, he retired during World War II. They named the school football field after him and he chose the school colors (scarlet and gray, after his college alma mater, Ohio State). The school remains, having survived the latest rounds of budget cutting. I finally found a picture of the man in an old yearbook, the only trace of him at the school when I went there was his name at the gate of the football field. His replacement was a stern disciplinarian whose iron fist did nothing for the school's academic standing.

A few years ago I happened across a tape recording of Mr. Porter delivering an address on January 27th, 1952, commemorating the 25th anniversary of the school's founding. It was a short speech, humble and sincere: