From the very start of the tour, at the family cemetery, Frank Lloyd Wright's Taliesin Estate lives up to his family's motto "Y Gwir Yn Erbyn Y Byd" ("Truth Against the World"). This gravestone of his mother's mother is chiseled in Welsh in respect of her family's origin: 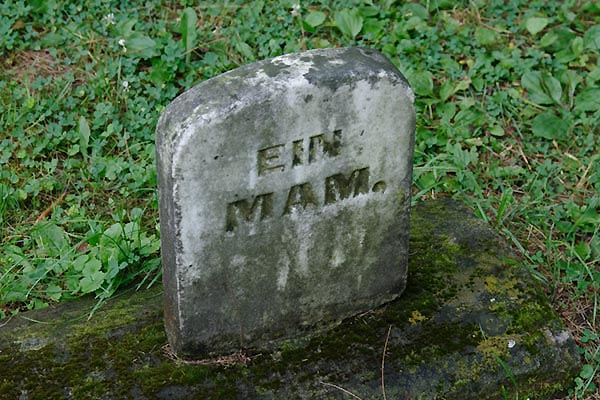 Nearby is the grave of his murdered mistress, Mamah Borthwick Cheney: 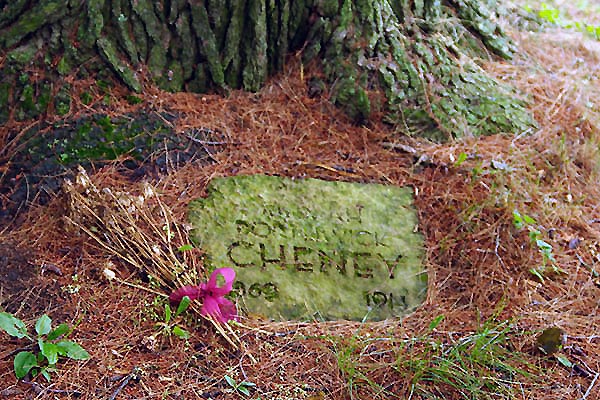 The estate is spread over hundreds of acres of rolling hills, reminiscent of Wales, and includes such Wright originals as the "Romeo and Juliet" windmill tower, rebuilt several times over the past 100 years: 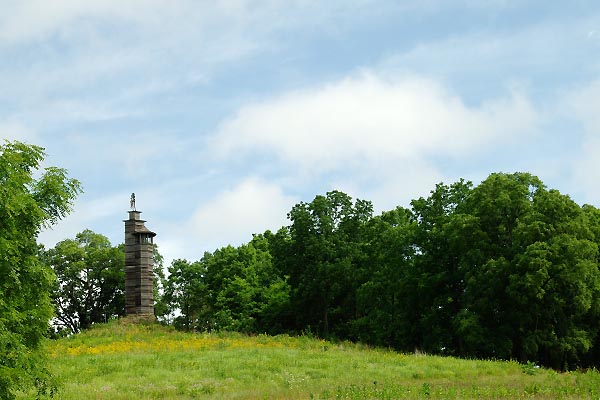 The estate once included a working farm, with several attractive, if somewhat impractical buildings (the animal barns were upwind of the house) remaining: 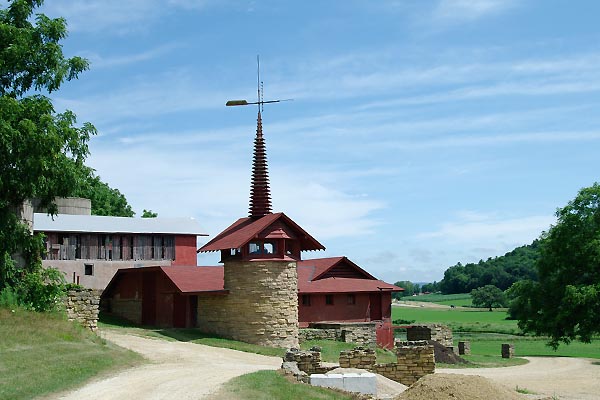 The main house itself is nestled just beneath the "shining brow" ("Taliesin" in Welsh) of a hill, blending in with the landscape: 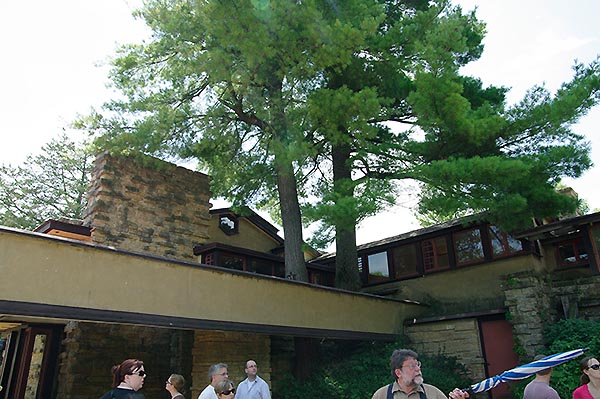 After 100 years and numerous fires, the structures are showing their age, Wright was a master visionary, but not exactly a master structural engineer: 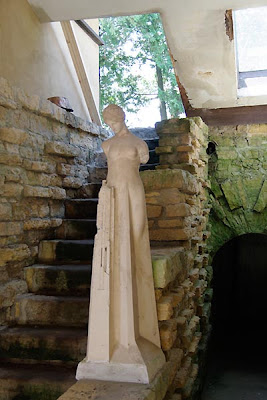 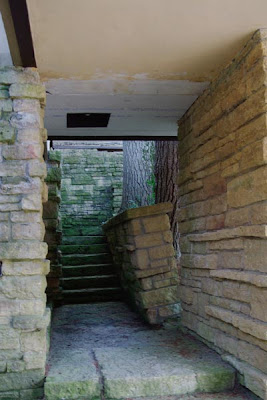 A repeated quirk in Wright's construction is the low headroom of many of the rooms and entryways: 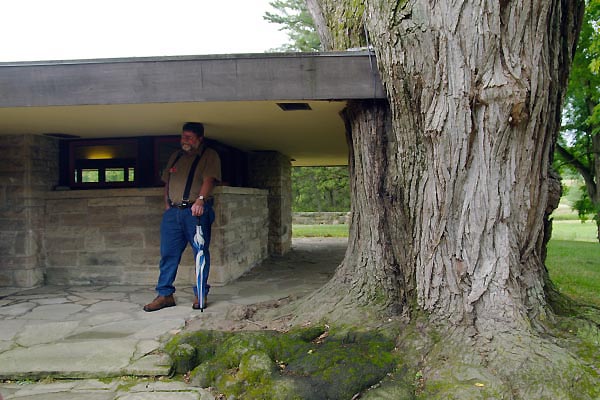 There is also a school with an auditorium, cafeteria and design studio: 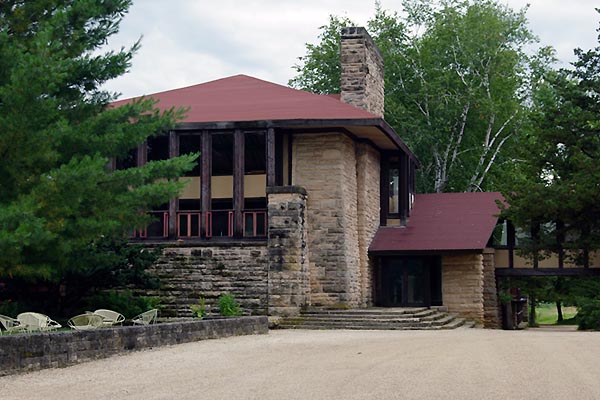 And, of course, the resident cat has assimilated the Wright aesthetic as well: 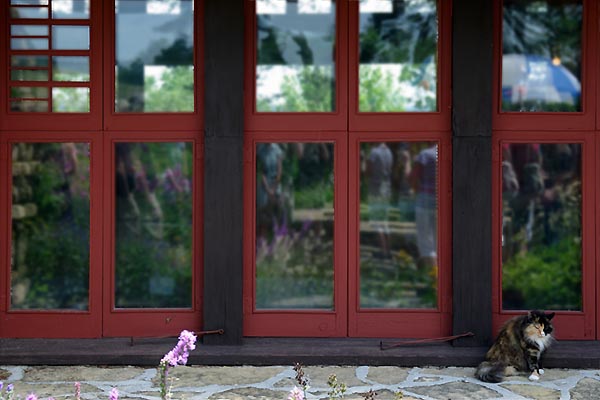 The four-hour(!) tour was capably conducted by Mr. John Jung (the man with the umbrella in the photos above). He delivered a good mix of information with perspective and humor; respectful, but realistic. Anyone interested in home design, especially interior design, would get a wealth of inspiration from the tour, actually walking through living spaces is infinitely preferable to looking at books, although the vivid blue shag carpet (original) in Mr. Wright's bedroom must be seen to be believed.

Hey Prof., if you're interested, check out T.C. Boyle's The Women. It surely brought home to me the saga of Taliesin as well as FLW and his life as limned by his relations with women.

I actually bought that book, but i couldn't finish it- I couldn't get into Boyle's aggressive writing style.