Rituals of Courtship - The Blind Date 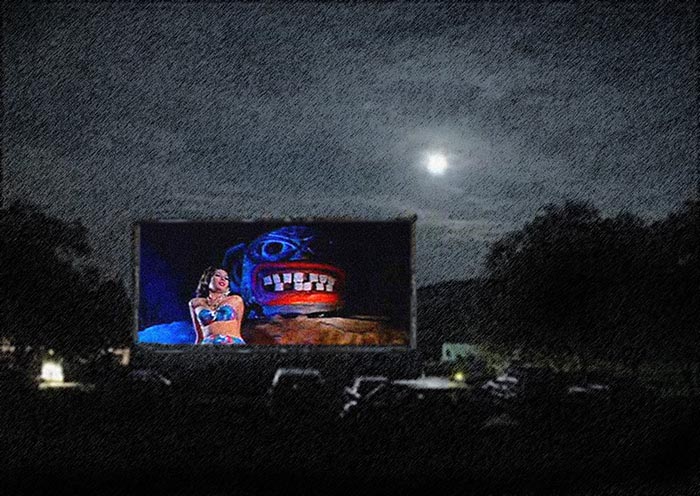 “Do you have a friend who could go with Mary?”

So begins the process, where one becomes a part of a double-date. Kenny and “Taurus” were a couple, Kenny had literary aspirations and Taurus was a true free-spirit. Taurus had a long-time friend, Mary, who she thought might be a good match for one of Kenny’s friends–me. It was early fall, not yet really cold at night and with dusk around 7:30 it was possible to go to a drive-in theater and catch a double feature and still have time for some other “fun” after the show.

I thought movies in the late sixties were pretty much uniformly bad, unless they were European or directed by Stanley Kubrick. Kenny liked horror movies, but since he was driving and we were going “Dutch” I didn’t care what we saw. The idea of a good “date movie” still hadn’t gelled in my brain, and Kenny’s choice of films was probably not the best either.

The first film was Count Yorga, Vampire, a “modern” vampire film. Set in L. A. in 1969, it had originally been intended as a porn-film, but the producers evidently though they would more successful if they cut out the x-rated footage and aimed it at the horror market. It was creepy enough, with a pretty good Count, but all the other actors (and the sets) were from the porn circuit, lending it an unmistakable odor of degenerate despair. Extremely violent scenes of rape and gore (one involving a cat!) kind of killed any light banter the four of us might have started in the car. The ending was “modern” as well- THE VAMPIRES WON!

The second film, while not as existentially bleak as Yorga, was just as depraved with a large dose of cultural bias added as well. Brides of Blood has been described as one of the “crown jewels of Filipino horror films.” An American scientist and his curvaceous assistant travel to a remote South Pacific Island to study a lost culture which has a ritual of sacrificing female virgins to a horrid monster. The drums would start, the girls would be tied to a stake and the monster would come and ravage and dismember his helpless (and topless) victims. This film also had another gimmick: Bloodvision. Whenever the monster's appearance was imminent, the filmstock would be colored red. I cannot remember how it ended, or if we even stayed to the end. The show wasn’t quite over, though. Kenny had evidently taken some type of mind-altering substance between features and when we were driving home he suffered some kind of minor freak-out at an empty railroad crossing.

Needless to say, Mary and I didn’t hit it off that night. Kenny and Taurus broke up soon after, Kenny married on the rebound, divorced and ultimately made up to Taurus and they were happily married for many years.

The next date movie I went to was A Clockwork Orange. 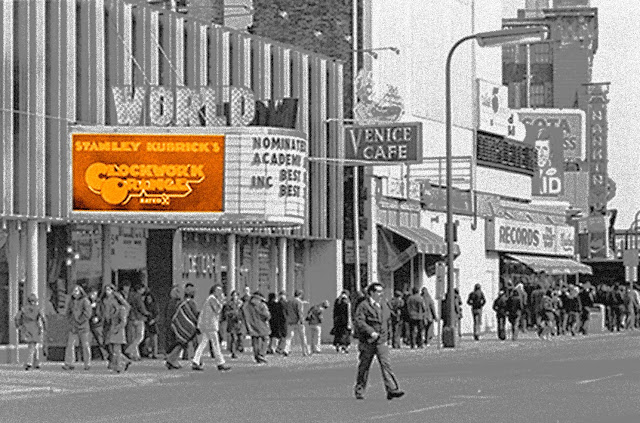 How did THAT movie work out for you, mr. B?

Not as good as Casablanca...