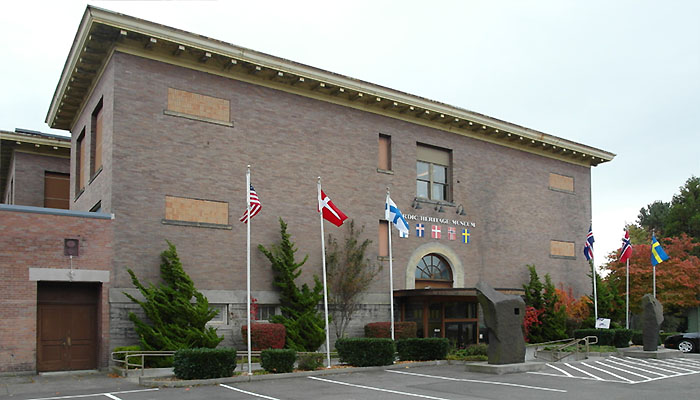 While I was in Seattle the Nordic Heritage Museum was hosting the Nordic Fashion Biennale (NFB). Designers from Iceland, Greenland, The Faroes, Denmark, Norway and Sweden moved their wildly diverse creations into the museum for a six week run. When I say moved into, I mean right into the existing museum exhibits! Curated by New York–based visual and performance artist Hrafnhildur Arnardóttir (AKA "Shoplifter"), the resulting show was often amusing, sometimes sublime, and always fascinating. Many of the modern designer fashions fit right into the depictions of immigrant life from the 19th century: 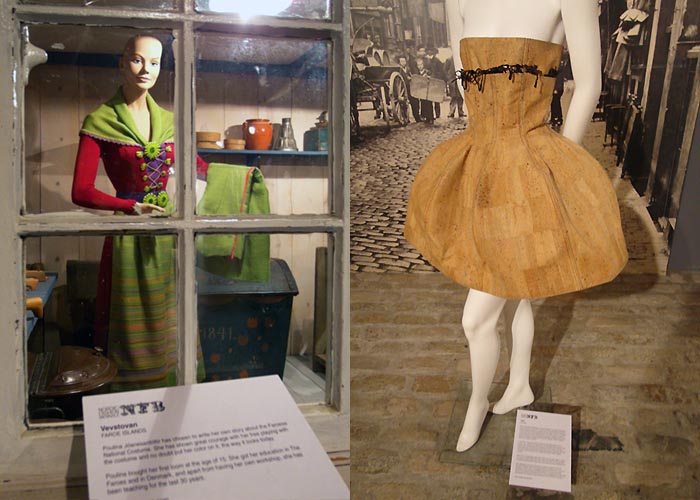 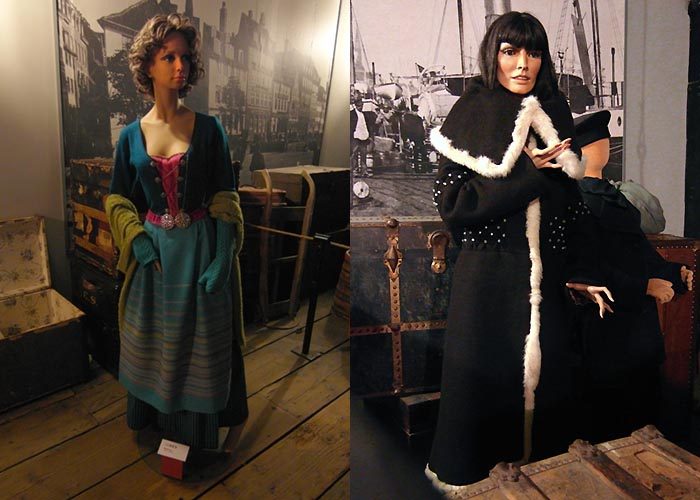 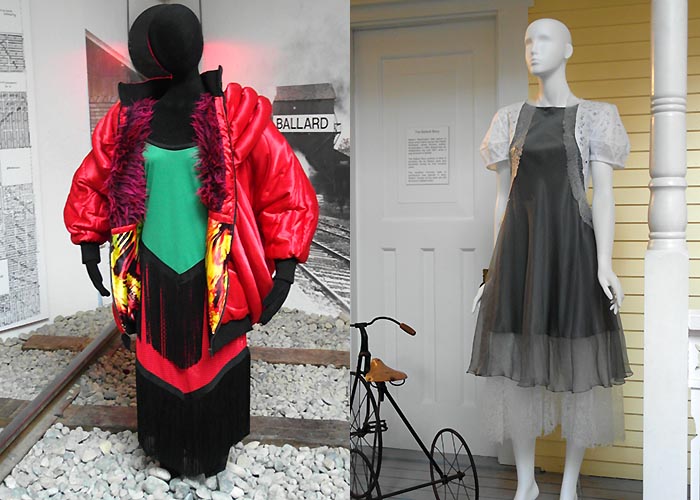 While some fashions were a bit more outré: 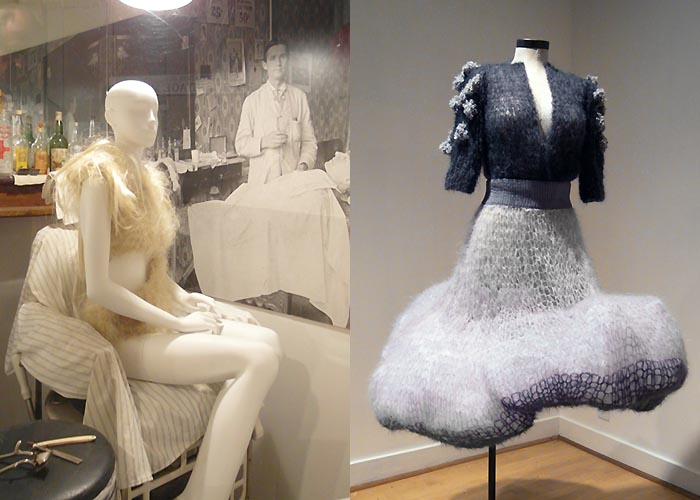 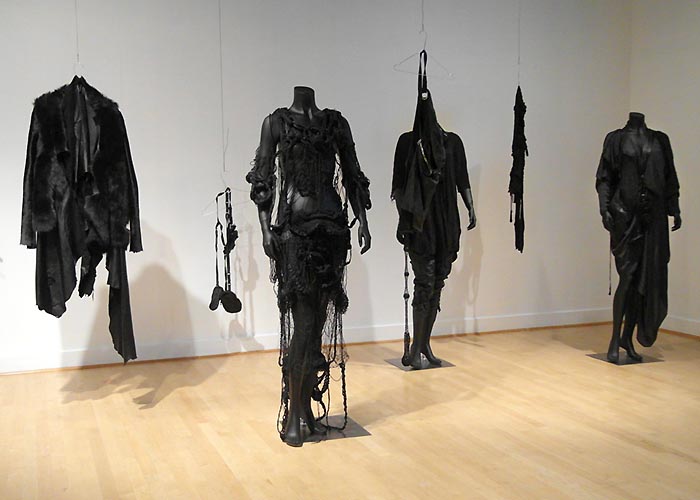 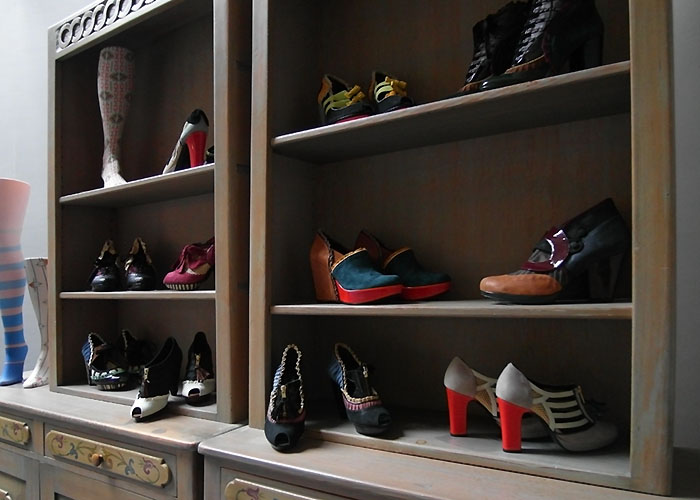 And some were simply stunning: 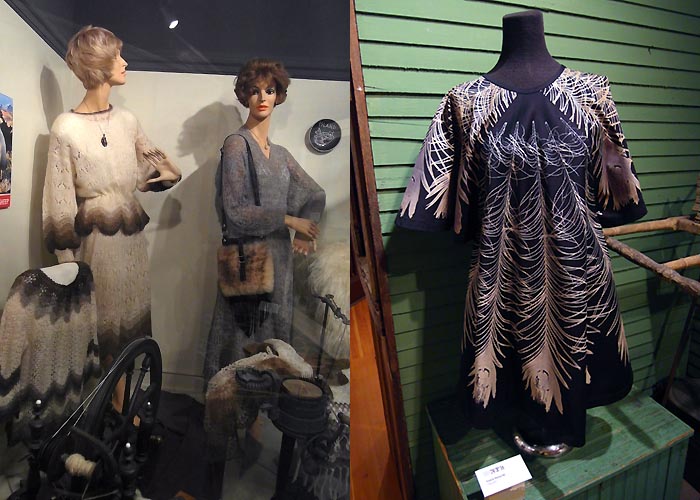 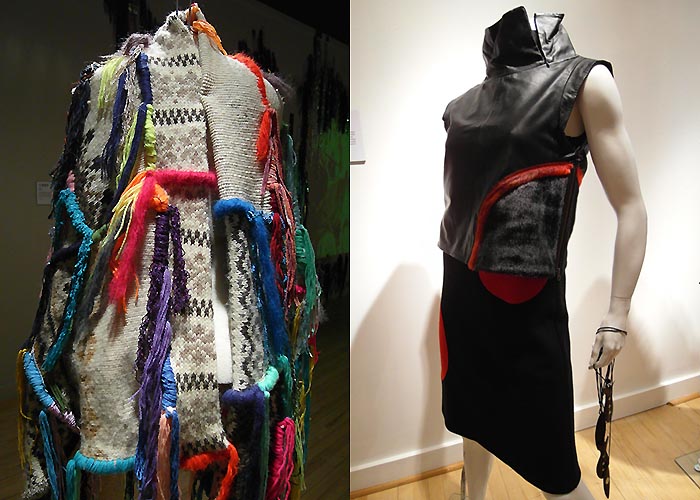 I've been on a Faroes kick lately and was pleased to find that they were well represented here: 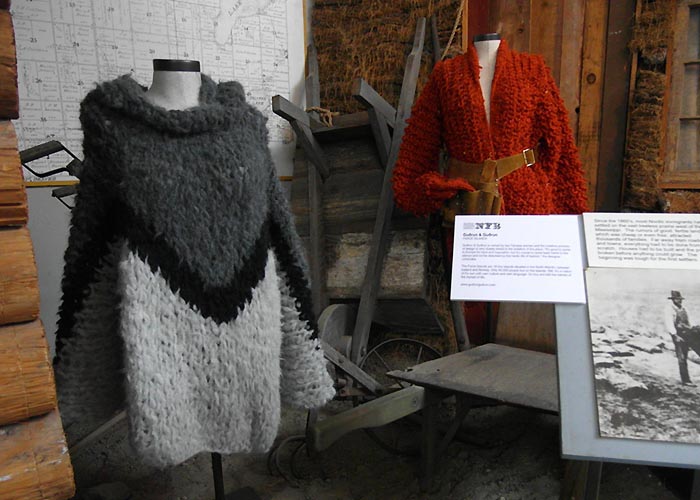 The Seattle area is home to the greatest number of people of Icelandic descent in the United states. The museum is located in the Ballard district, where large numbers of Norwegians, Swedes and Danes also settled and still exert a strong influence. The show's integration of fashion into history reflects this heritage in the best possible way—full of imagination and with a sense of humor—that retains the connection between the past and present.