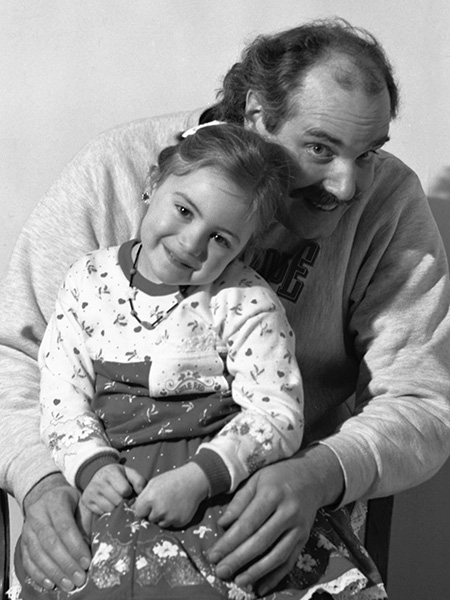 The natural bond between doting dads and adoring daughters in childhood is tested in the teen years. I can't even imagine what a father would do when faced with the prospect of his “little girl” turning into a “riot grrrl” (I don't have a daughter). Usually the transition is sort of smooth, sometimes there is a temporary estrangement followed with reconciliation, but occasionally there can be an irrevocable break.

In a world of changing roles and general uncertainty, how can guidelines be established? It is a rare man who has much insight into the lives of his daughters, and the balance of power is inherently unfair for most girls. This situation is hardly new, although it seems as if the rise of communication technology has accelerated the trend. A Father, in what he considers diligence (and knowing the hearts of men) may attempt to stifle his daughter for what he thinks is her own good. The daughter may think otherwise:


"Great Caesar, I am impatient with being a girl. I have more courage and self-assurance than many a man, and yet I am treated as a mere wisp of femininity. A girl has so much harder a time of making good as it is—she has not so much vitality. To have always more enthusiasm, ideas, and ambition than you have energy for, and to run continually across obstacles which have been deliberately placed in your path because you are a woman. I tell you I will not let that come in my way. If I accomplish nothing else I mean to surmount that difficulty at least. I shall not rest until men are willing, and glad, to regard me as important as they (and with my hair hanging down in curls if I choose!) But I must fight forever. I have that within me—call it principles, standards or what ever you like—which is Myself, and consequently right. Part of it conforms to the world as it is, but the other part conforms to the world as it should be, and that is the part which I will fight for, to the end."
~ Wanda Gág, July 16, 1915 (age 22)