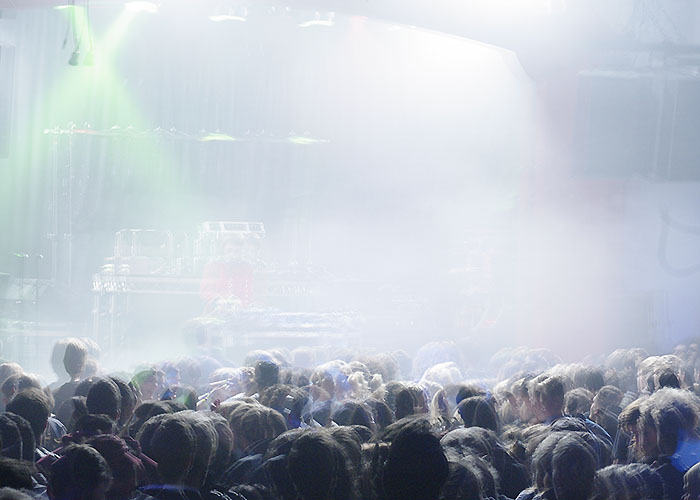 I'm wondering if there will be anything left by the time I get back to Reykjavík this October.

NASA, one of the main concert venues at Iceland Airwaves, has been closed, slated to be replaced by a modern hotel. It was a pretty good room. Like most older structures in the old town it had gone through many changes in its lifetime. Since I've started going to Iceland (March, 2000) the old town has been whittled away, buildings of character have been replaced by soul-less Modernist monstrosities or by nothing, thanks to the Kreppa. City planning seems to have been overtaken by crass economic development. It is unfortunate. The old town, with its small streets and mixed use is (or was) a perfect attraction by its very nature. Another big hotel, especially on an important square, won't add anything but more congestion.

Bob Cluness has more on the story of NASA's demise.

UPDATE: Its demolition was postponed for a while, but is due in 2017.

Sorry to hear this. NASA was the site of the most memorable events I heard at Airwaves 2010 including SH Draumur and HAM.

Now that I think about it, I think the best thing about NASA was its elevated sections- it made people watching much easier, and gave a sense of the whole audience being part of the show.

I was shocked to read of a new big hotel going up next to Harpa too. Ugliness!

That section of the harbour has suffered the most, it is virtually unrecognizable from when I first visited in 2000.