Prison of the Forgotten Dolls

I was on the prowl for some culture but the street art show was a bust.
Making my escape, I fled into the land of Failed Design- the antique mall. That was where, down in the darkest and most remote corner of the cellar, I found The Prison of the Forgotten Dolls. and among them this group of "friends", who, by their look of grim resignation, had been held captive long enough to have had their spirit broken: 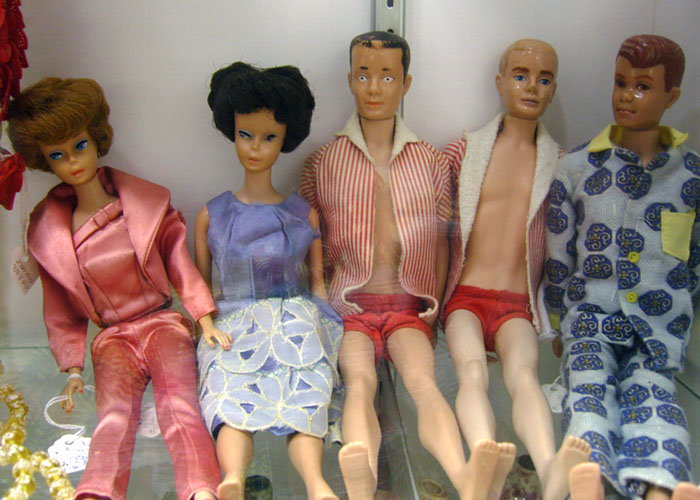 Some of the little "friends" where there as well; the ugly cousins of The Great Beauty, not yet without hope:

There was also The Jilted Groom, The Disappointed Bridesmaid, the Bratty Kid Sister, and a couple of Sleeping Beauties who were waiting for the kiss to wake them from their eternal slumber: 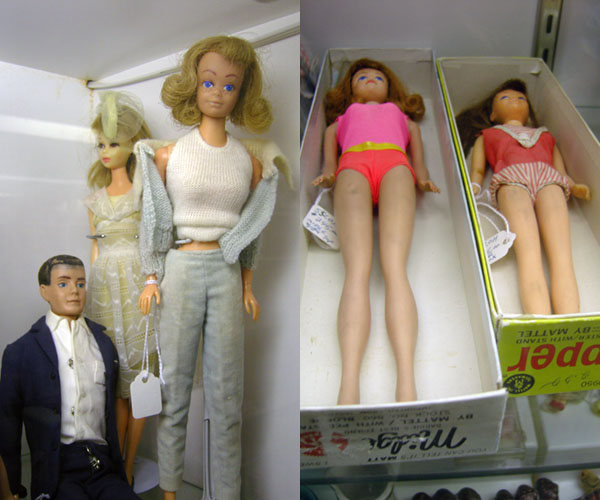 But where was The Great Beauty herself?

The Fairest of them all?

The Great Beauty (and her alter ego, the Queen of Darkness) finally did appear...

I refused to believe my eyes! 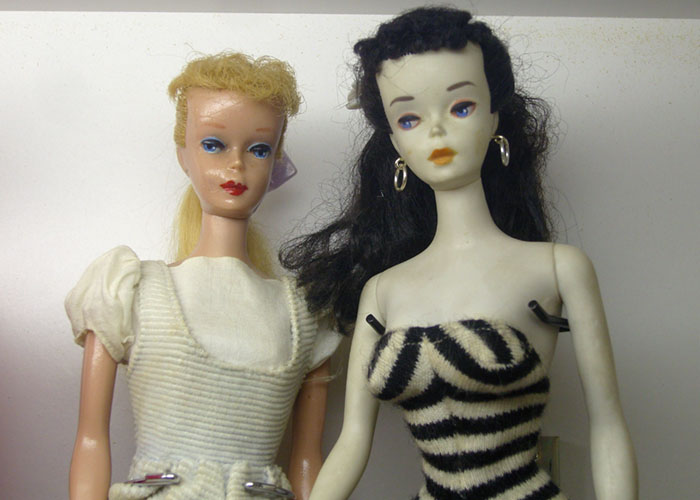 Alas! The years have not been kind.

It always kinda breaks my heart to see dolls at an antique store... So few of them in that state get purchased. I always wonder who owned them before... I love that there are a few Midge dolls hanging about, they always made her so much less attractive than her gal pal, Barbie... What is that all about?

Makes me think of Lars and the Real Girl. Nice pictures!