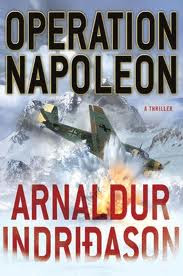 One way to beat the heat is to spend time being engrossed in chilly Icelandic crime fiction. Although this book isn't part of Arnaldur Indriðason's immensely successful Inspector Erlendur series (Erlendur does make an uncredited "cameo" appearance), it is a one-off mystery/thriller with a plot centered around a German plane which had crashed on an Icelandic glacier during the last days of World War II. Most of the action takes place in the year 2000 as the United States military is engaged in a clandestine recovery operation. The plane holds a terrible secret which still has the power to disrupt international relations. Kristín, a lawyer for the Icelandic Foreign Ministry, unwittingly becomes entangled with with this affair setting off a wild sequence of events to uncover the mystery.

This novel came out in Iceland in 1999; it was only recently translated. It is much less introspective than Arnaldur's other titles (it would make a dandy action flick), but it still retains a strong sense of setting and a few quirky Icelandic idioms. The plot is complex but well handled. The chain of events, while a bit far-fetched, never becomes ridiculous. Because it was written before the US closed its base at Keflavík in 2006, its sub-theme about the US military presence in Iceland adds an interesting historical perspective to the book. The Americans in it are, for the most part, villains and nasty ones at that. Exciting, fast-paced, not too challenging (I read it in one sitting) Operation Napoleon I found it to be perfect summer reading, especially compared to: 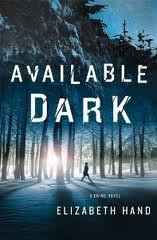 This turgid mess of drug, death-metal music and Icelandic references masquerading as a book comes across as a lightweight parody of the Stieg Larsson thrillers. Told from the point of view of a 40-something female photographer and drug addict, it comes across as a quickie made in order to cash in on the Nordic crime craze. Gives a new meaning to the phrase "speed-read."

I've looked at Operation Napoleon a few times and putting it down as looking too "dry". I will get around to it someday. I'm trying not to read Black Skies until I finish my other book! Very hard but I don't really want to have two good books on the go.

It's pretty engrossing, but in a more action-thriller way than the Erlendur books. The Icelandic independence theme gives this book an extra dimension.

Operation Napoleon sounds a bit like a Clive Cussler action adventure. I'll probably give it a try.

Probably not as far-fetched as Cussler gets, but a similar approach. I wouldn't be surprised if Arnaldur was consciously emulating him in this book.