Night at the Improv 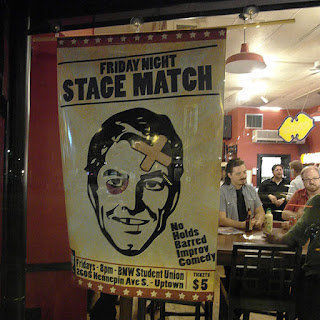 I had been meaning to catch one of the performances at the Brave New Workshop's Student Union for a long time. My old friend Andy was in the troupe and last Friday night was reserved for their "Stage Match" format, where a group of students in the program were picked at random to be in one of three groups an hour before the show!

Audience members could vote for their favorites (and you'd get an additional ballot for the each drink you bought.) The improvs were pretty good; each member got a chance for a short monolog which could lead into a longer riff while cast members "tagged off" with one another to sustain the hilarity: 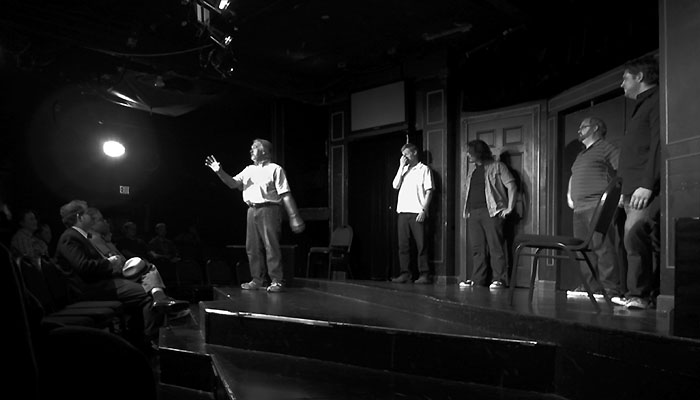 Between the second and third match was a short intermission (just enough time to get another drink, I mean ballot) and a chance for the cast to interact with the audience: 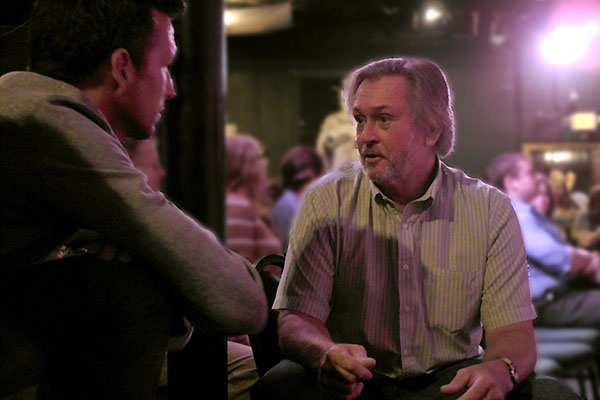 High points of the "matches" included a couple with a dead dog in an igloo, a talking buffalo (with wings) trying to persuade a hunter not to shoot him and a less than enjoyable vacation in Saudi Arabia. The last of the three "matches" ended with two dying children in a hospital. OK, that one might not have been as funny- it's all in the context. My friend Andy's team won (free drinks!) and then the audience and cast ate chicken wings and had more drinks afterward. It was all very social—the mugging continued long after the show had ended: 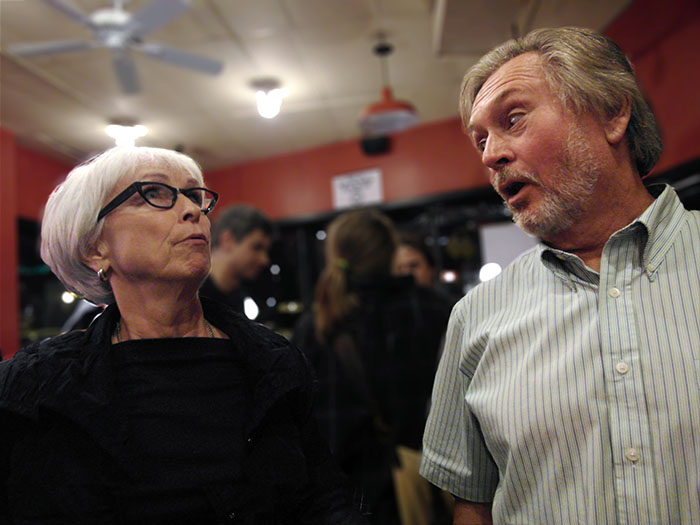 If I lived in the neighborhood (Uptown Minneapolis) I could see this becoming a habit.

Did I mention the drinks?

I'm so glad you could make it... It's always more fun when you have friends in the audience! (Watch out, Improv can be addicting!)

A little Jenny Lind mini-reunion going on in the last photo...