Do Not Underestimate Pascal Pinon 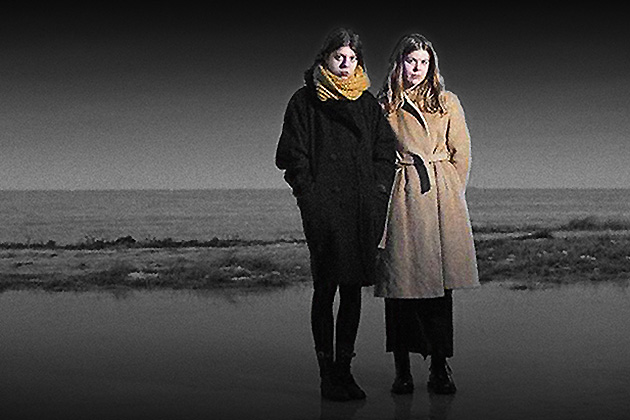 Twosomeness: an album by Pascal Pinon

It’s been nearly 4 years since a group of 14 year-old Icelandic girls recorded the tracks which would become their first album, Pascal Pinon. Their second album was finally released in the United States last Tuesday. Despite internet teasers and download opportunities, I’m just enough of a Luddite to wait until I actually get a CD so that I may give it, in its entirety, my undivided attention. Jófríður and Ásthildur Ákadóttir, now 18, recorded this album last year under the aegis of Alex Somers who has worked with numerous performers, most notably Jónsi of Sigur Rós. I was a bit apprehensive about this, I wondered if the ethereal nature of Pascal Pinon’s music could survive the transition from the bedroom to the studio. I have often heard it said that it is the second album which really exposes the character of a musical group or performer.

I need not have worried. Twosomeness is a great album. Ekki vanmeta, the opening track, is a knockout.  All the songs are strong. The lyrics, in Icelandic, English and Swedish, are at times wistful and ambiguous, but never shallow or trite. The vocal and instrument arrangements are magnificent; inspiring and challenging by turns. Jófríður has always had a knack for writing arresting melodies, but this disc also shows Ásthildur’s keyboard prowess, particularly on the track Bloom, where the sounds of her harmonium and bassoon are as otherworldly as that of any synthesizer. Kertið, which was also on their first album, I found a bit over the top—the fussy production actually diminished the raw emotional impact of the original. There were a couple of other times when I would have liked Alex to dial down the reverb a bit but, for the most part, he lets the music shine through. This CD is available from Amazon and other on-line sources, and yes, it is also available on vinyl, bless their retro hearts.

Pascal Pinon is also noteworthy for its strong DYI ethic. They have created a very entertaining and informative, if somewhat jumbled,  web site where you can catch glimpses of the twins' other artistic interests, along with the occasional translation*. These sisters seem to have retained a healthy and refreshing attitude about the music business. Although they are still in school they have already performed in China, Japan and numerous places in Europe.

Here are a few videos - some promotional, some from concerts. The last one features their younger sisters (WARNING: POSSIBLE CUTE OVERLOAD!):

Playing Djöflasnaran on the Icelandic coast at 2 A.M.:


Pascal Pinon for The Neon Hamburger from Elle A on Vimeo.

And, finally, Entertaining Japanese guests in their home with Somewhere:

I’ve loved the music of this group since I first heard it at Iceland Airwaves in 2009. On the basis of this effort, I’m looking forward to their next album. I will post again about this group, once I've had a chance to let this CD sink in.

*Ekki vanmeta - Do not underestimate

he lives closer than you think
don't underestimate the distance

rhythm takes him
and leads him home
He puts the cap on
and walks home.

Thanks for the review. I am enough of a Luddite about Icelandic music to wait and get lots of CDs all at once. So I don't have this one yet. I find it strange that so many Icelandic artists seem to be willing to give away their music for free on various websites and I try not to take advantage of it - how else do they make any money?

They are terminally cute and quite talented. If I were forty years younger I would be their groupie.

IRBII~ there aren't many musical groups doing original material anywhere that are making any money.