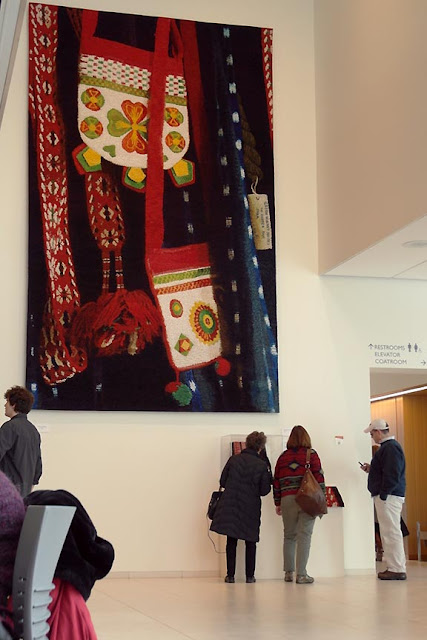 I took a day off from work Friday (it's becoming a habit) so The Weaver and I visited to The American Swedish Institute in Minneapolis. We were greeted by an enormous tapestry, and had a bite to eat (Icelandic cod) in FIKA, the Scandinavian restaurant adjacent to the Turnblad mansion: 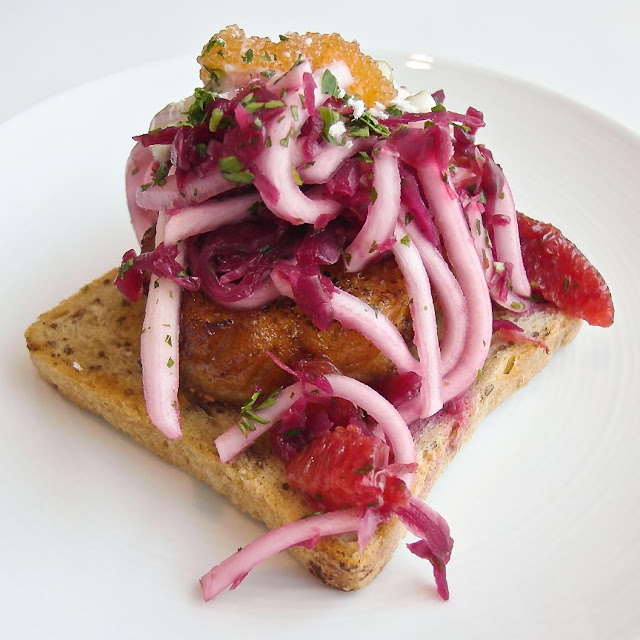 There were several related exhibits on display, mostly concerning The Sámi people of Northern Scandinavia, included was this exquisite purse with carved horn attachments: 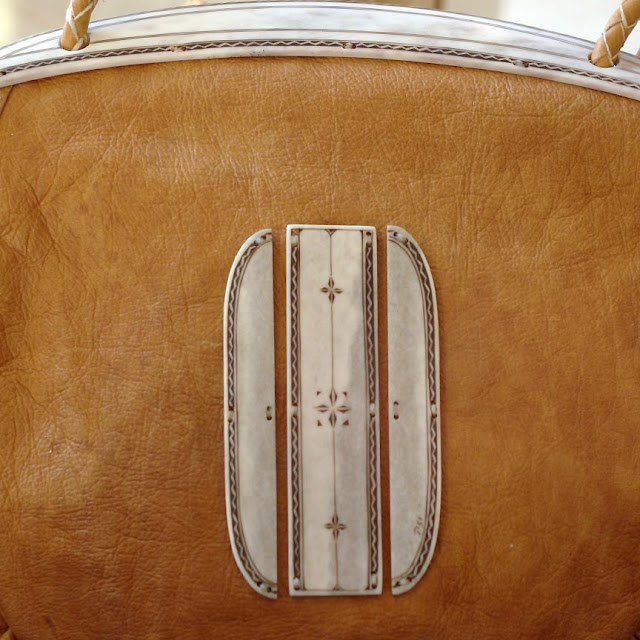 Many of the rooms in the mansion were empty, a pleasant surprise in a way, every other time I've been here they were filled with displays: 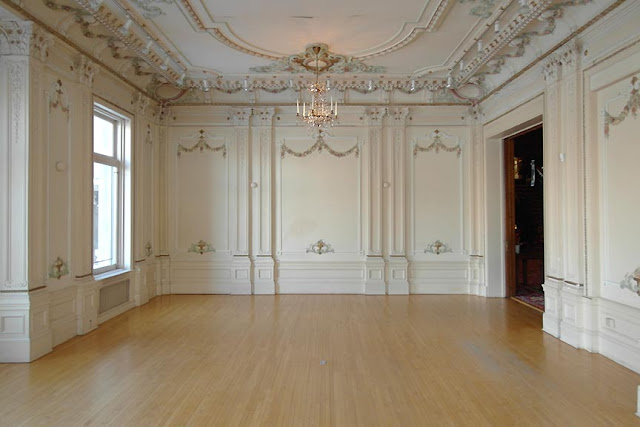 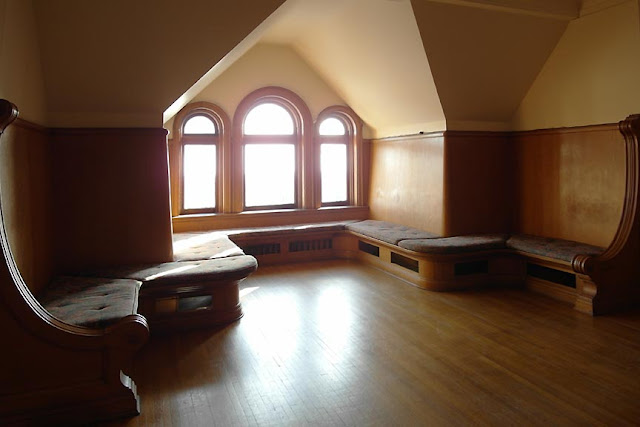 The massive stained glass window Valdemar Atterdag Levying Contributions on Visby, depicts the conquering Danish king taking tributes from the citizens of Visby on the island of Gotland. Cheerful: 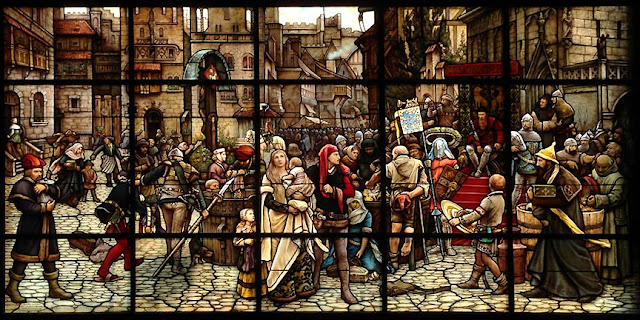 And of course, there are the eleven fantastic Swedish tile stoves. I particularly enjoyed the one which depicts Þor, with his hammer Mjölnir, vanquishing various trolls: 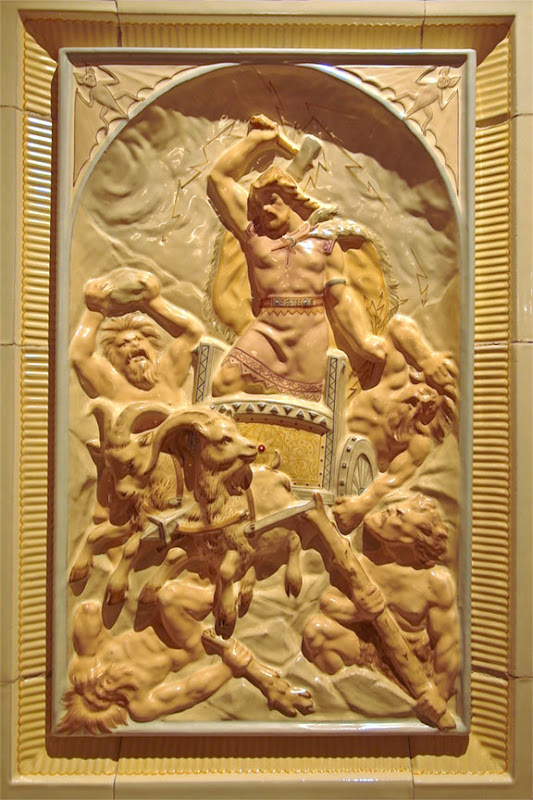 It seems as if it's becoming a habit, this mid-winter "escape to Scandinavia", more Nordic culture to follow in the next several days...

The cod looks great, but what are those purply things? Please don't say onions.

Yes, sometimes winter brings out the northern genetics. Someone caught some of mine here, http://www.lutefiskhotel.com/blog/