Wild in the Kitchen 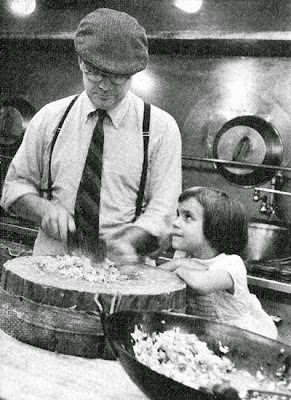 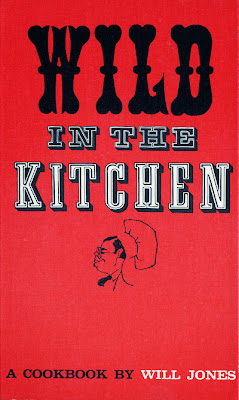 Wild in the Kitchen
A Cookbook by Will Jones
Gilbert Publishing, Minneapolis, 1961

With the estate, yard, and garage sale season finally upon us (its been too cold to really enjoy them until now) I've been making the rounds.  The most intriguing find so far has been this cookbook.  Will Jones wrote After Last Night, an entertainment column for The Minneapolis Tribune, from 1947 until 1984. He was also a self-styled epicure; a bold stance for a time when the concept of Haute Cuisine hadn’t made many inroads in the Midwest. Will was also a bit of a hipster, in the original 50s sense (dig the hat!) and an entertaining writer. He was a pioneer in the campaign to eliminate smoking in public places. All of that biography aside, this book is a hoot.

In it Will not only gives recipes, he also weaves a story about the Twin Cites on the cusp of the “soaring sixties”—a decade which would change everything. Many of the names he drops are of his acquaintances: Cedric Adams, Charles Van Doren, Lauren Bacall, Edgar Bergen, Van Heflin, Dick Cullum, Hugh Hefner, Ancel Keys. Most of the big name Minnesota restaurants of the day and their respective chefs are here as well. The recipes are pretty heavy fare with lots of meat, cream, butter and fat (including “meat waffles” and “minnow pancakes.”) Here's an example from the book describing one of his stranger gastronomic experiences:

At a remarkable social event in Dania Hall on Cedar Avenue in Minneapolis not long ago, the real beefeaters were separated from those who merely like a good steak every now and then.

In the kitchen, some of the finest steaks available—cuts of well-aged prime beef two and a half inches thick—were being made ready for the evening's festivities.

Meanwhile a bowl of ground trims and tails of these aged steaks, a stimulatingly fragrant mound of meat really too elegant to be called hamburger, was passed among the beer-drinking
early arrivals in the hall to be sniffed and admired.

Many did more than admire. They dipped in with their fingers, and enjoyed the beef unsalted, unpeppered and raw: beefsteak for its own sake. They were the real beefeaters, among a crowd who by their very presence had declared their dedication to beef.

The occasion was an attempt to recreate, partially in atmosphere, but mostly in sheer purity and unclutteredness of the beefeating, an old pre-prohibition New York social event: the beefsteak...

…The menu at a strictly-run (a beefsteak is always thrown or run, never held or given) consists of meat and beer, and some slices of day-old bread upon which the meat is served. There are no napkins and no silverware. Butcher's aprons are supplied to every guest. Slices of meat are placed upon the bread, the juice is poured on the meat, and the drippy open-faced sandwich is eaten with the hands. Fingers and chops are wiped with the aprons...

...One bit of authenticity was carefully preserved that night: All the meat was cooked rare. Those who wanted medium or well done had to seek out the slices from the ends of the steaks. Or two or three traitors sneaked into the kitchen to persuade the cooks to put some rare slices back on the stove.

There was another authenticity in another department. Almost nobody in that greasy-eared lot who turned in their aprons and left the hall that night could hold another bite of anything. They had, indeed, been to a beefsteak.

These lurid passages were followed by several pages of raw beef recipes.

The book was printed on quality paper with very 50s-modern illustrations by Rob Roy Kelly: 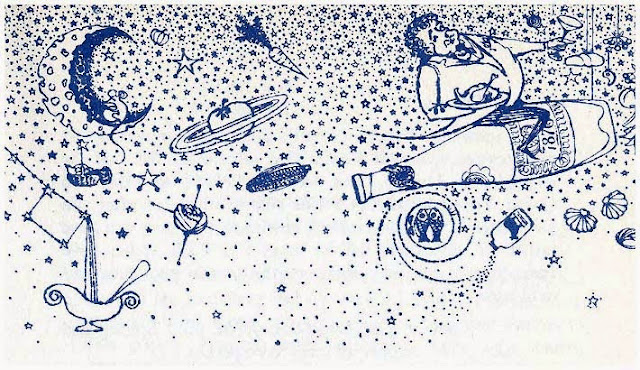 It is readily available on Amazon for less than $6.