Rockets in the Heartland 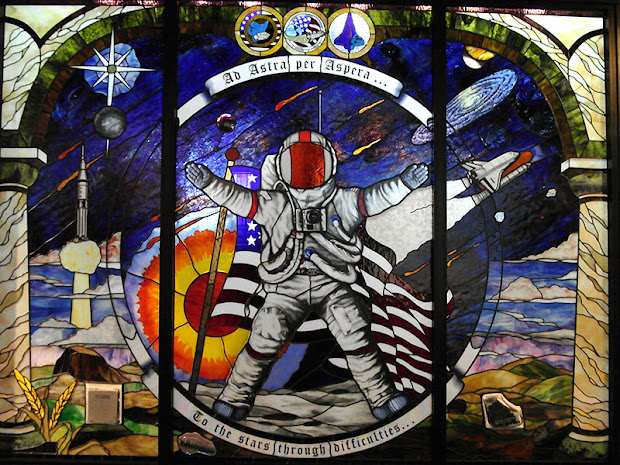 I didn't know what to expect from the Space Science museum Cosmosphere; we had stopped in to get a bite to eat (from a very ordinary lunch counter) and really just wanted to see what it was all about.  We were both, to put it mildly, stunned. The history of rocketry: real rockets, space capsules, satellites and associated paraphenalia, was displayed in a dramatic fashion:

Almost everything on exhibit was the real thing, including the Mercury program Liberty Bell 7 capsule and the ill-fated Apollo 13 capsule.  The German V-1 “pulse jet” flying bomb shown above was paired with a V-2 rocket, both specimens that had been recovered at the end of World War II. The story of Hanna Leitsch, the top German female pilot was told—she actually flew a cockpit-equipped V-1 (“... like riding a cannonball...”) only one of many amazing stories told here of the dangerous exploits of pilots who flew aboard experimental rockets. The space capsules were terrifyingly small. It was hard believe that men had traveled to outer space and the moon in them. 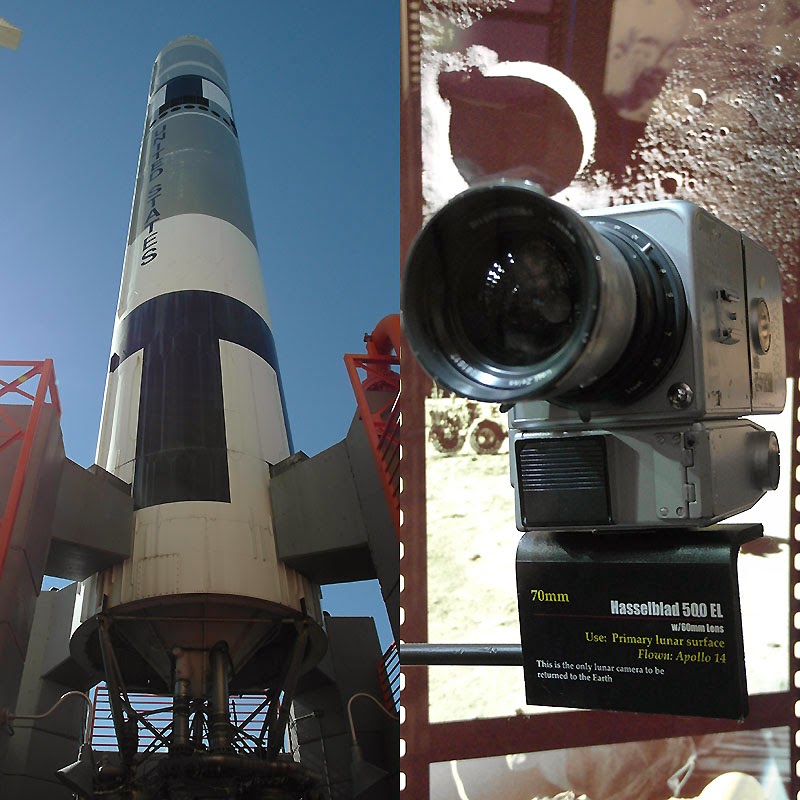 Standing under an actual rocket which launched astronauts into orbit was trippy enough, but then seeing what has to be the ultimate in collector cameras (a Hasselblad camera which was on the moon) left me reeling. There was also a lunar lander, a lunar excursion vehicle, and numerous Soviet spacecraft and satellites. Some of the displays were of backup or duplicate devices but regardless of their original purpose, they were real.

The biggest mystery of all was how this stuff came to rest in a small city in the middle of Kansas. We never did find out.

I had the great privilege of working with the Cosmosphere curator,and Randy Rayer,of Rayer Bearden Stained Glass,in Wichita,Ks...to design this piece of stained glass. 19 of us worked together to paint,fuse,build etc., to memorialize those lost in the fallen space missions. It was a joy to work together and create such a beautiful piece of art for the Cosmosphere to house! It’s wonderful to read an article that honors and respects the jewel we have,in Kansas...that is the Cosmosphere. We are honored to have it...and thrilled that you recognized the treasure it is! Thank you! Nancy Fricker. Head Designer Artist,and painter

Thanks for your kind words, Nancy.

It was an unforgettable experience.