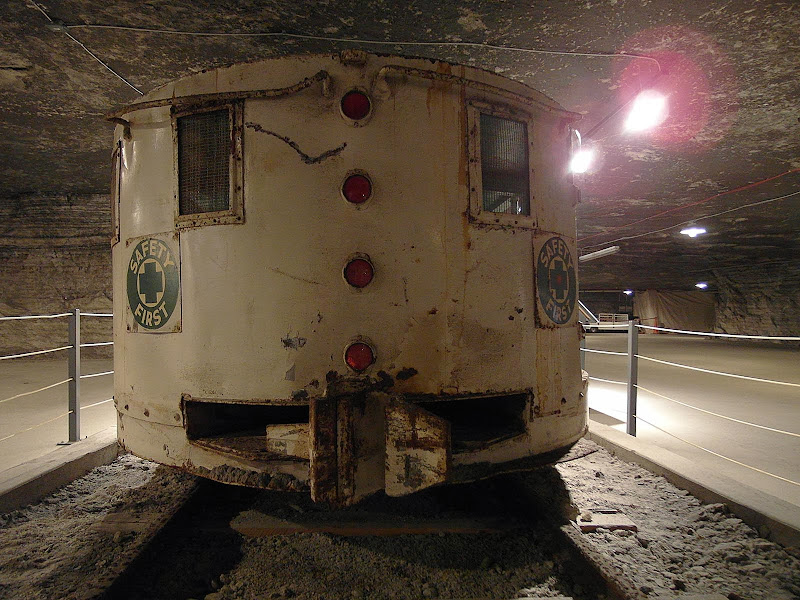 One of the more memorable stops on my recent trip through the Midwest was the Strataca Salt Mine Museum in Hutchinson Kansas. After donning hard hats and receiving a “self-breather” apparatus in case of fire(!), about a dozen of us brave souls went down a 400 foot deep mine shaft in a steel cage. When we reached the bottom, we emerged into a strange wonderland of a cave. The areas where the salt had been mined were large, square rooms, about 100 feet in each dimension, with level floors and a high ceiling. The walls still had veins of salt in them, giving the "rooms" a mysterious air. There was a lot of old mine equipment around as well: 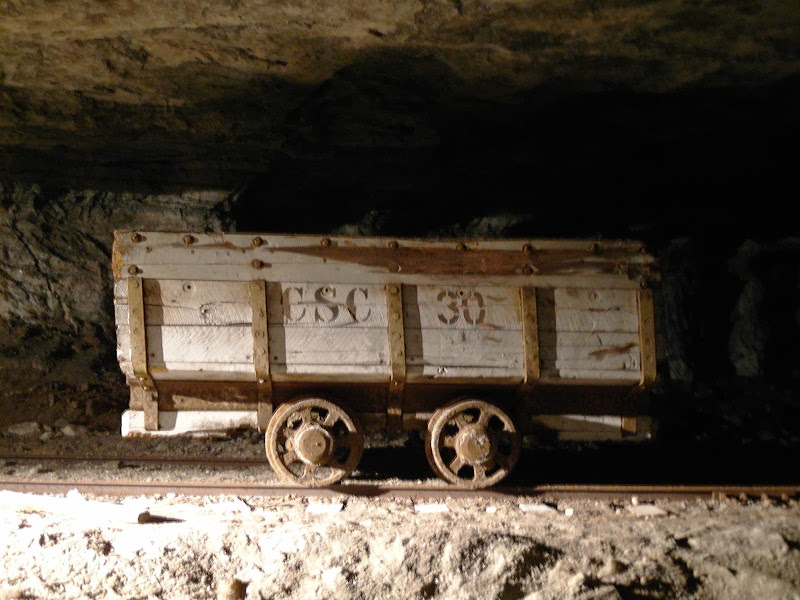 There was even a 50 year old trash heap with all the litter in a state of perfect preservation: 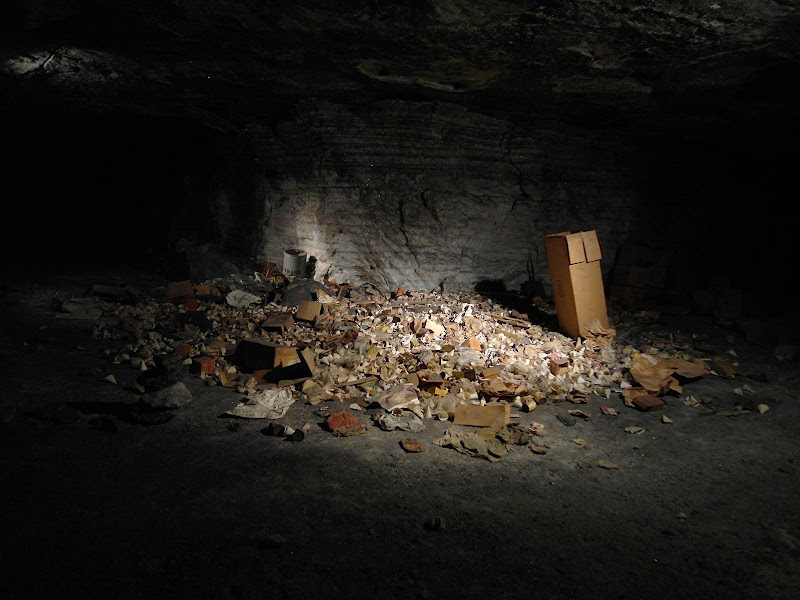 With over a hundred miles of empty space, there is no incentive to bring any of the trash up to the surface. Some of the mined-out areas are used for archive and document storage. The constant temperature and humidity of the mines preserves data, costumes, movies and the like: 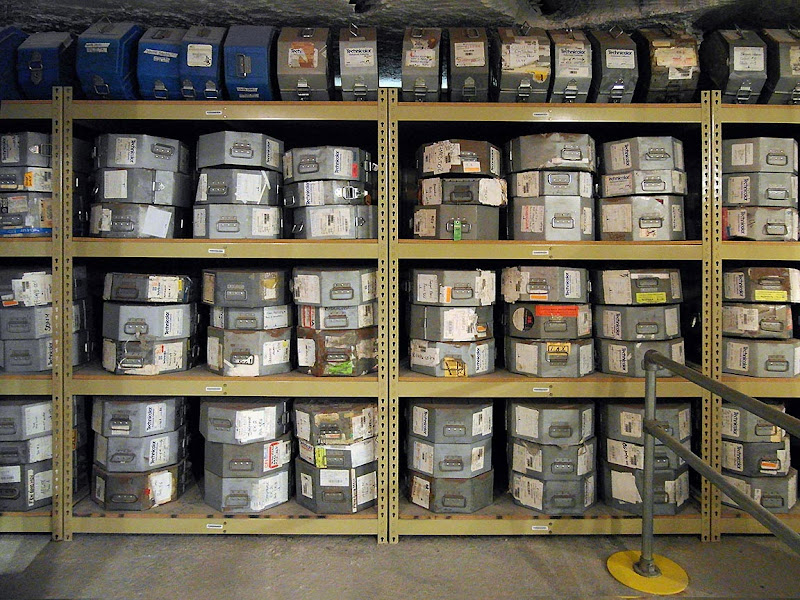 Being hundreds of feet below ground with limited access adds a dimension of security to the storage. There was a short video shown with interviews of some of the miners. For the most part they liked their jobs, especially in the summer when it was 100° up top and 65° down below. In the winter, it was harder, they missed seeing the sun when their shift was over.

Hmm. That reminds me of my job in so many ways. You would think the corrosiveness of salt might not make it ideal for storage of some things.

I would think that as well, and the old mine equipment was rusted, but the litter was strangely preserved— lots of wrappers I hadn't seen since I was a child which looked as if they had been dropped yesterday. Maybe the salt inhibits biological action, and as long as it isn't touching and the object remains dry, it doesn't affect anything.