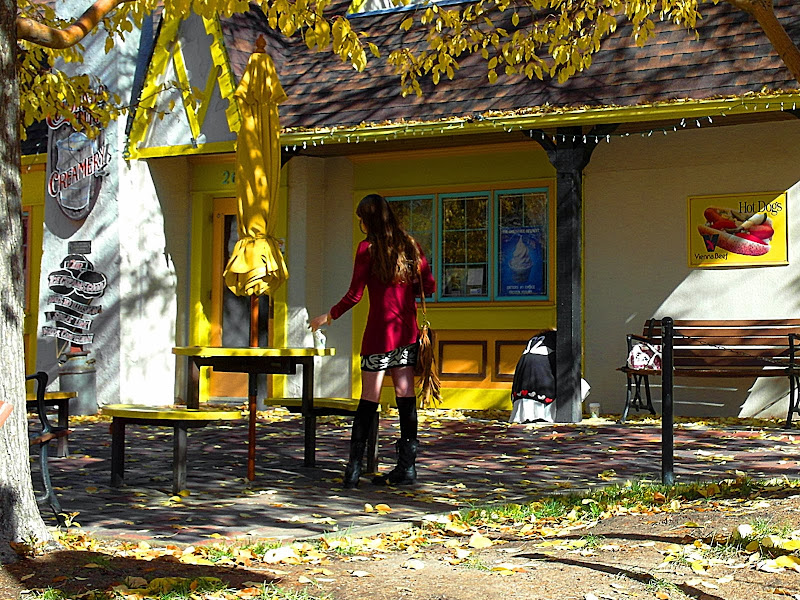 I’d been trying to extend summer into October. It was working pretty well; I’d left cold, drizzly Minnesota, going south, and my streak of good weather had lasted for a week. I was in Colordo Springs, walking down the Colorado Avenue Arts district, sharing the sidewalk with other tourists and a mini-skirted model. Life was good.

I stopped in a Goodwill store and ended up in the book section. A group of people, obviously a focus group of some sort, were nearby discussing the store’s layout. A woman in the group saw me browsing and asked point-blank: “What are you looking for in books in a Goodwill?”

I was holding a collection of Ibsen’s plays. We chatted a bit, she seemed genuinely interested in what I had to say. I mentioned that I was on the hunt for works by Scandinavian authors. Suddenly, the only man in the group, evidently sensing that his authority was being undermined, took charge of the conversation by sarcastically interjecting “How's that workin’ out for ya?”

I put the Ibsen down and walked out.

A used book, even if it was Ibsen, isn’t worth getting into a pissing match with some yahoo.

Thank god for yahoos; otherwise we'd have to fill in! :o)

I think it's wonderful that most morons identify themselves so quickly. It saves so much precious time.

Odd how the person who knows the least says the most…