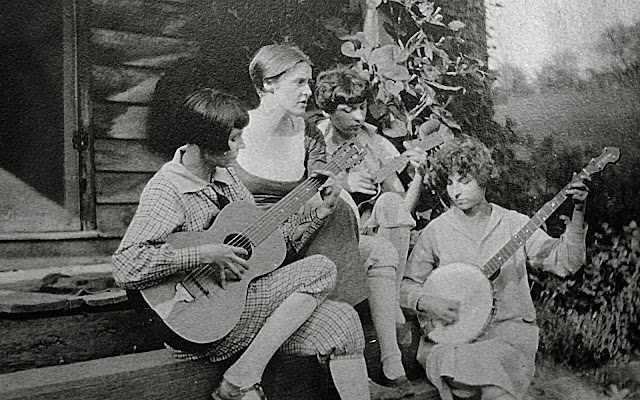 I was doing some research on a future writing project when I found this archive. I looked through the list a couple of times before it dawned on me that it has exactly what I was looking for. Photographs of a certain artist’s studio, from the first part of the twentieth century. Not only did it have what I was looking for, but its location was a mere half-hour away! I made an appointment to examine Box MC 1088 and went in the next day.

The facility was first-rate and, after a brief orientation, I was shown to a desk where the box and its contents awaited. I lifted the lid and there they were—dozens of photo album pages in mylar sleeves. There were also two books not on the inventory. As I sorted through the loose sleeves, I quickly came to the realization that these weren’t just photo albums, they were the artist’s personal albums. I also realized that there were only two of the five that should have been in the box. Grrrr.

At any rate, something was better that nothing, and I soon became enraptured by what I saw. Although the studio I was looking for wasn't there there was a shot of an earlier one: 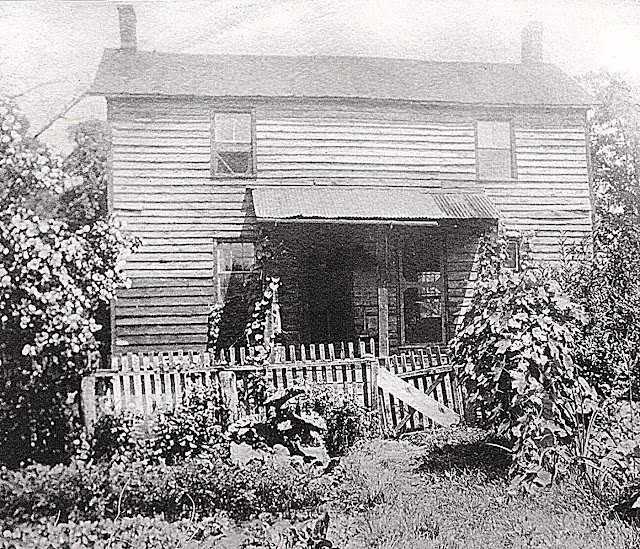 And there was this loose picture of the artist herself with her favorite model, with her penciled note on the back: 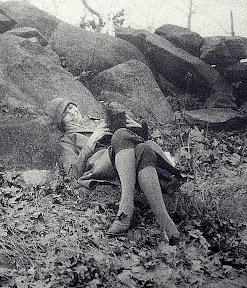 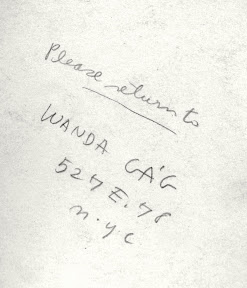 Gulp. Nothing like being face to face the object of your desire, 90 years removed. I looked through the books as well. They were samples, mock ups from the publisher, full sized but with only a few chapters printed and the rest of the pages blank. The artist had used these blank pages for notes and pencil sketches; I was stunned. I reported the missing items and was told to contact the librarian, they may have been misfiled. That is a project for another day.

I guess I have been properly baited.

There's (some of)the rest of the story! The New Ulm connection shows up again. Have you ever seen Somewhere in Time (Christopher Reeve)? It has that 90 year thing in a serious way. If I am making no sense please ignore me.

I hadn't seen the movie, but I can see the similarity after reading the synopsis. When I was handling and viewing "the Artist's" personal photos and other artifacts I did get the sense that she was reaching out to me, as strange as it may seem.

I'm keeping her name out of this post to avoid unwanted searches until the project is a little more coherent.

Somewhere in Time is a wonderful movie. I saw it 20 years ago and totally fell in love with Jane Seymour as well as the story. I've got a copy of it in my VHS collection and never tire of seeing it again - which is not the case for most movies. You should see it Prof.B.

A new Blu-ray version is coming out in March…