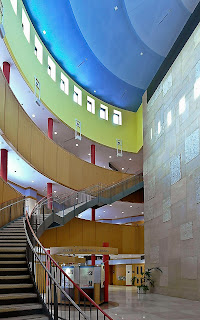 I returned to the Kerlan Collection last Monday. I was on the hunt for some missing photo albums of a noted Minnesota artist and author. The library assistant assured me that they would be there; I was optimistic but realistic. The archive was spread out over dozens of boxes and who ever had used them before me had left the materials in a shambles. I knew that the library didn’t have the staff or resources to properly re-inventory this collection; it had been assembled in 1984 and numerous researchers have used it since then.  I can’t really complain, however, something is better than nothing. I made my way through this magnificent lobby, then up to the reading room. After checking in, I went to the table where my materials were waiting.

There were two boxes, one of which I had looked at a week ago, as well as one which I hadn’t seen—MC 1089. It held two of the missing albums, but not the third. Oh well. Looks like I'll have to make at least one more trip.

What was there was definitely worth the trouble. The albums gave a look into the daily life of an independent woman in the 1920s and 1930s.  Most of the pictures were of life on her two country "estates; they were really just farm houses with a few out buildings situated on about 160 acres of land.  She built a studio on one of them, a place where she could work undisturbed, a small building with a stove, a view and a bed (for those times she did not want to be alone: 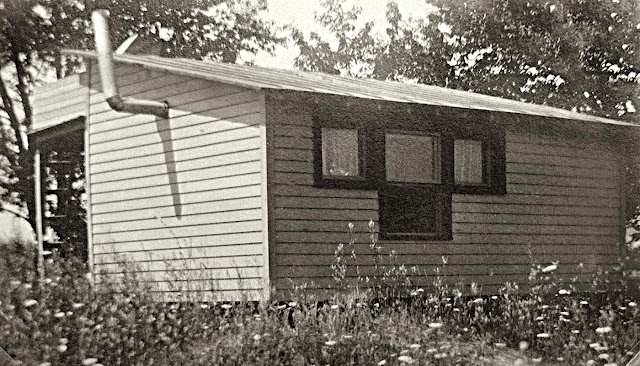 There were other pictures as well. There were posed shots, perhaps made for publicity, or just taken to capture the moment: 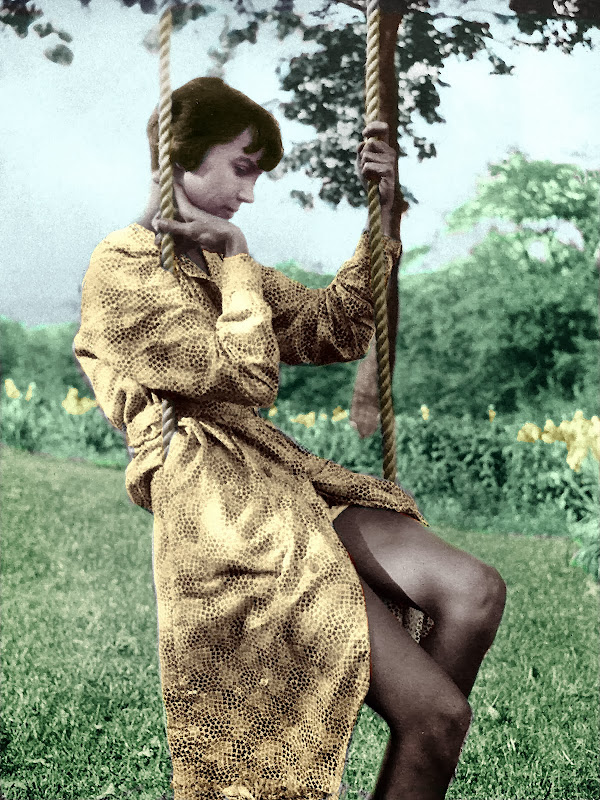 Or perhaps it was that she was trying to reach out to me, through the years: 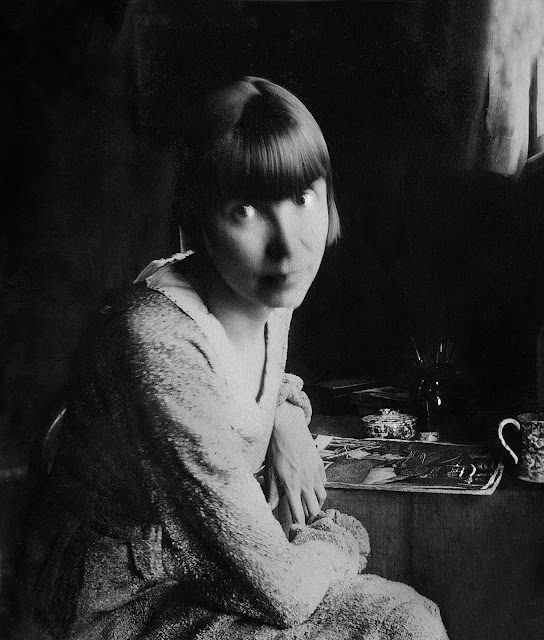 Time travel. It is possible inside your mind, you know.

Intriguing; an engrossing project to say the least! That's a pretty racy photo for the 1920s.