This is chapter 4 of The Matriarchy, a serial fiction novel on FITK 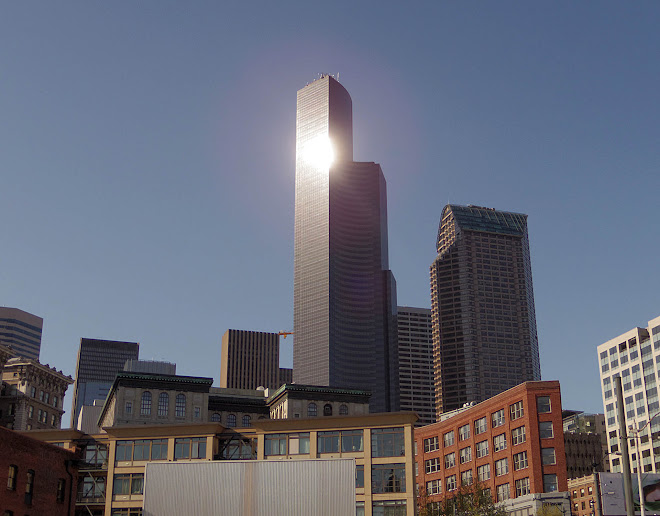 “Members of the board: Data interception is nothing new. The role of Alan Turing and the Enigma machine during World War II, as well as its effect on the war’s outcome, is well known. The modern equivalent of this program, Thinthread, existed well before 9/11. The metadata collected by it pinpoints your actions to an astonishing degree. After 9/11, the privacy protections for US citizens and corporations were eliminated through the Prism program. At first, private call records from all the countries phone systems were routed through the NSA. Later on, calls were routinely wiretapped. Then emails were read with impunity. Elements within the government strove to obtain significant amounts of this information: for analyzing trends, winning government contracts, sizing up competition—virtually all aspects of the business dynamic. Its reach is nearly universal, including the people in this room. As we have seen, changes in the administration have only had negative effects. I’m not a constitutional lawyer, I have no opinion on this situation.  The legality of these actions is beside the point. What is important is that there should be no reason why routine business communications are exposed to the scrutiny of outsiders in this manner.”

Mary Robinson, president of Applied Diffusion Research, was delivering her final argument for the sale of ADR’s cryptology services to a boardroom of Amasales executives. Sean and a trio of lawyers sat behind Mary.

“This is where the ADR system comes into the picture. The huge torrent of information on the modern internet is a potential vehicle for distributing diffuse streams of data in videos, websites, raw data files;  your communications can be incorporated into them a way which is impervious to brute force cryptology as well as concealing the originators’ and receivers’ identities. You’ve worked with us in the past. Our record of ‘No trace left behind’ in the surveillance and communication fields is unparalleled. The modern reality is that no standard communication, encrypted or not, is safe. As per our initial agreement to demonstrate our capabilities, we have prepared for each of you a sealed manila envelope containing your respective personal communications for the last month. Normally, we wouldn’t make a hard copy—no paper trail, of course. These kinds of reports would be accessed by our system and only decoded on a ‘need to know’ basis. All the information contained in these envelopes is readily available to governments, hackers or other ‘interested parties’, i.e., your competitors. Our cryptology services will prevent this type of ‘data mining.’ Any questions?”

The room was filled with the sound of rustling envelopes. Sean scanned the faces of the corporate officials as each one opened his personal envelope and leafed through the printouts. Amasales’ CEO was impassive, but his face and ears reddened considerably. Mary, still standing, maintained her ‘serene warrior’ pose. Finally, the CEO spoke:

“It’s obvious that we’ve been throwing our money away on security, but what prevents you from using your system to sell our information to competitors?”

“Once it has been installed, the actual contents of the encrypted files in the ADR system are opaque to us. Its operation is nearly fully automatic. Our operators only need to update the ‘dialogs’ of data transfer from time to time.  Because of the fluid and diffuse nature of this system of encoding, the matrix is always changing. Only the intended recipients will be able to decipher communications,” said Mary.

“How do we know these people are reliable, that one or more of them won’t do a ‘Snowden’ on us?” The CEO was cooler now, but Sean thought that there must have been something hidden within the emails which had really gotten to him.

“Everyone working at ADR has been recruited with security in mind. They all have compelling reasons to remain anonymous. We know a great deal about each employee and they know and respect that.”  Mary retained her poise. “Personnel turnover at ADR is extremely low.”

The CEO looked at the CFO, who nodded.

“Ms. Robinson, would you be willing to sell ADR in its entirety, including the transfer of all its employees, not as contractors but as full employees, in a cash plus stock options transaction?”

A tremor passed through Mary’s body.

“That would be a… possibility. Starting from the original figures… we’ll have to get some numbers and terms on paper. I’ll have my people talk to your people.”

“Shall we meet again, with the new proposal?  Same time, same place, next week?” The CEO's smile was toothy, lupine.

Mary's smile was pleasant but tight.

Everyone got up, shook hands and began to file out. It reminded Sean of the end of a little league game. The CIO walked over to Sean, pulled him aside and began to speak:

“You’re Senator Clarkson’s son, the one involved with that business in Iceland?”

“Yes, I am.” Sean didn’t like to talk about Billygate but he thought he’d see what this guy wanted—he might find himself working for him soon, Sean didn’t need to burn any bridges before he got to them. The CIO was enthusiastic:

“So, if I may ask in a general fashion, did ADR encryption have any part in that affair? I mean if it’s OK to talk about.”

“Well, until that situation is fully resolved with the legal authorities I can’t really comment on it. I will say this, however: The government had possession of my laptop and could not get any information out of it.”

He thought it better not to mention sending Billy’s files to Mary via the Icelandic Postal Service. The irony of using snail mail wouldn’t be appreciated, and it certainly wouldn’t help Mary’s efforts to sell ADR.