This is chapter 17 of The Matriarchy, a serial fiction novel on FITK 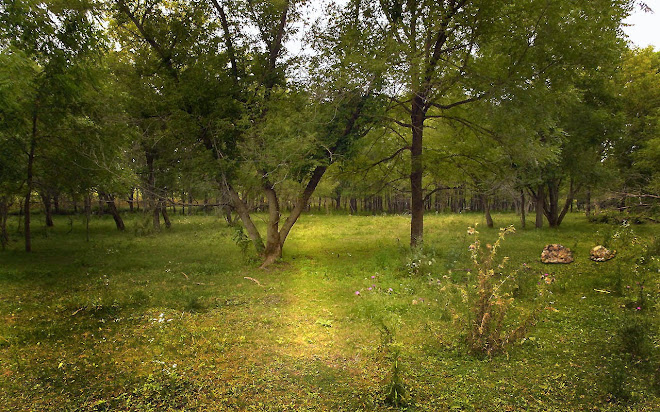 “Did you get enough?” Aunt Tina had just finished making her ‘Norwegian Pancakes’—crepes served with homemade strawberry-rhubarb jam, “More coffee?” she said, turning off the burner on the gas range, “What are you two up to today?”

“I think that I’m supposed to make an announcement,” said Mary, “So, in light of further consideration and due diligence, I do hereby proclaim: I, Mary Robinson, being of sound mind and body, and free of duress, do hereby accept Sean Carroll’s proposal of marriage, according to the laws of the Grand State of Iowa, subject to a mutually agreed upon prenuptial contract.  Tina, you are our witness.”

“Well done, Mary,” said Tina, “Sean, do you find this answer to your proposal satisfactory?”

“Tis’ a consummation devoutly to be wished,” Sean said, getting into the formal spirit of the event, “Tina, do you happen to know what the requirements for a wedding license in Iowa are?”

Sean and Mary looked at each other.

“Are there?” Tina repeated.

“No,” said the two of them, simultaneously.

“Good. You can get the license in town, at the courthouse. It opens at 10, I believe.”

“Tina, do you know of a good WiFi spot?” asked Tina. “I will have to check in with my lawyers, I know that isn’t very romantic, but my business life is somewhat complicated these days.”

“The Magpie, the coffee shop katty-corner from the courthouse. I see people with their computers in there all the time.”

“Very good,” Sean said, grinning from ear to ear, “In the meantime I’ll clean up these dishes. Mary said she’d like to have a look around the place, would you give her the tour, Tina?”

“Okay, but there isn't much to see, I’m afraid. Just some broken down buildings.” Tina said.

“I’m interested in the pasture out back. Is it still being used?”

“Oh yes, my neighbor, Mel Henderson, he uses it sometimes, ‘gives the cows a change of scenery,’ he says.  He’s going to buy all of this when I move out in September.  Com’on, and I’ll show you around.”

The two women went out.


In the Reykjavík suburb of Kópavogur, Þora Arnarsdóttir read the email she had received from a law firm in Washington D.C. The letter contained mention of her son—the toddler Vilhjálmur Stefán—and suggested that they could help her receive ‘just compensation’ for expenses incurred in the birth and raising of her child. It mentioned the late William Clarkson Jr., son of the U.S. Senator, and suggested that the Senator was ‘vulnerable’ to a paternity suit. Vulnerable. Berskjaldaður. The word which perfectly expressed how Þora felt about the whole affair. Bad things had come from her relationship with Billy: his death, her mistake with his half-brother Sean, and now this. Her concentration was interrupted by a patter of feet and the piping voice of little Vilhjálmur saying: “Mama, mama.” Þora smiled, at least one good thing had come out of that situation. She hit ‘delete’ and picked up the boy, “þú ert sólskin minn,” she said to the toddler.

“We don’t often get thunder and lightning like that in Seattle. It has something to do with the ocean, I think,” Mary replied, “The pasture out there was lit up like a rock concert! That’s the same pasture as the one in the painting in our room, isn’t?”

“Emily painted it,” said Tina, tersely. “She loves… loved being out there.”

“Tina, how long did you watch the storm? Did you see that bright flash, the big one, after the storm had passed?”

“What did you see? Right there, where the sun is breaking through?”

“Lightning can play tricks on the eyes,” said Tina.

“Tell me what you saw,” said Mary.

“A figure. A woman,” said Tina, shrinking back slightly.

“So. You can see. Yes, I saw her, it was Emily, my mother. Her spirit walks this valley and has done so for many years,” Tina was pale and excited, “She’s waiting.”

“Waiting? For what?” said Mary.

“Your baby. I knew she would reappear, from the moment I laid eyes on you and Sean. Emily’s hope is that her line will not die out. That is what she has been waiting for, all these years, she can not rest until her wish is fulfilled.”

“I want to know more,” Mary said, “I must know everything.”

“How are you at reading codes, secret messages and the like?”

“It’s been my whole life. There has never been a code I couldn’t crack.”

“When you get back from town you can take a look at Emily’s book. What does Sean know about all this?”

“He knows I saw something last night,” Mary paused, “He knows of the other things which have been happening to me lately. He knows that these things are all part of something bigger. He trusts me.”

“That’s good. That’s good. You will both be tested. I was tested too, once. Let’s go in, Sean should be done with the dishes by now. I need to sit down.”