… Milwaukee cuisine defined in three words, although “meat cheese” might be a flavor of beer. Across the the street from the Usinger’s famous sausage building was Maden’s, a German restaurant established in 1905. I had the Rheinischer Sauerbraten: Marinated roast beef served with ginger snap sauce, topped with sour cream, toasted almonds, golden raisins, served with spätzle and red cabbage: 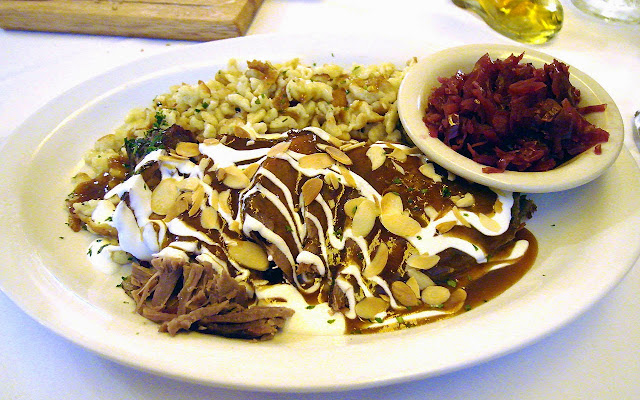 Note: the cabbage had been properly fermented, and the spätzle was perfect—not the usual tasteless doughy mass. I’m not big on German, but once in a while it satisfies the cravings of a certain part of my DNA. Mader’s has posted a long list of celebrities who had dined there going back to movie stars of the thirties as well as several presidents. After dinner we stopped in at The Red Elephant, an overpriced truffle and ice cream shop: 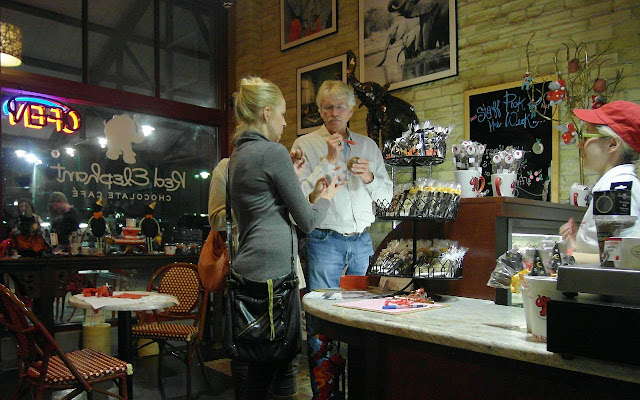 It looked better than it was. We ate out at several forgettable places, however I did manage to have the best beer of my life—and it was from San Diego! During the day I happened across this chilly busker: 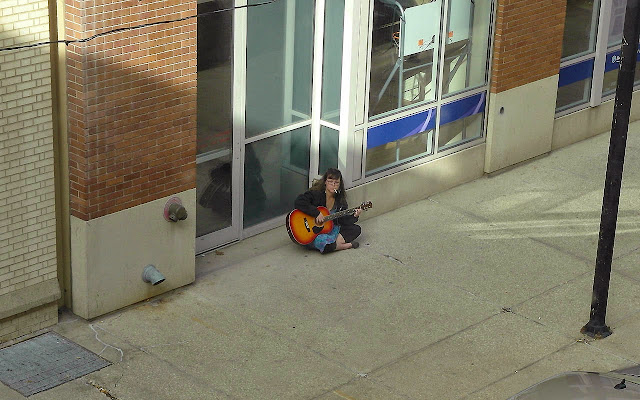 What she lacked in virtuosity, she made up for in attitude. On Sunday we managed to take in the surprisingly anemic collection of the Milwaukee Art Museum: 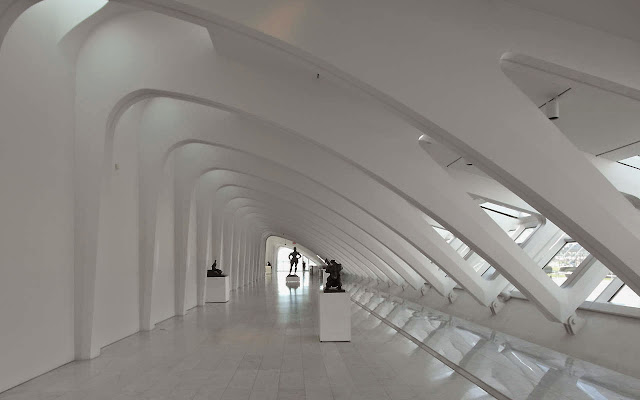 Over all, my strongest impressions of Milwaukee came from its architecture which has retained many of its classic 19th century buildings; urban renewal left this gem intact: 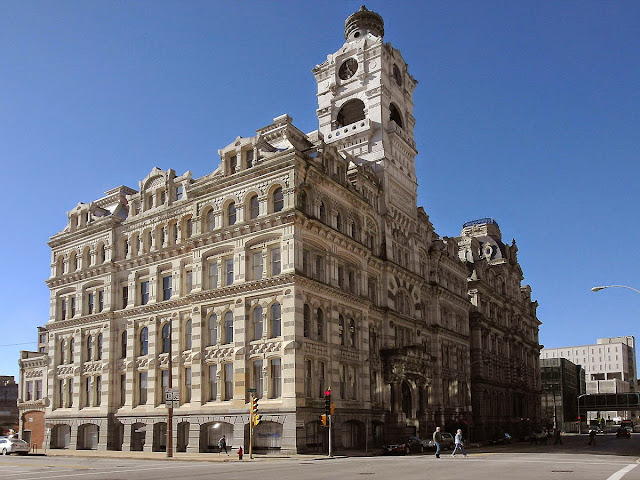 The food looks good, but I remember a few decades ago bowling tournaments were funded by the arts council.