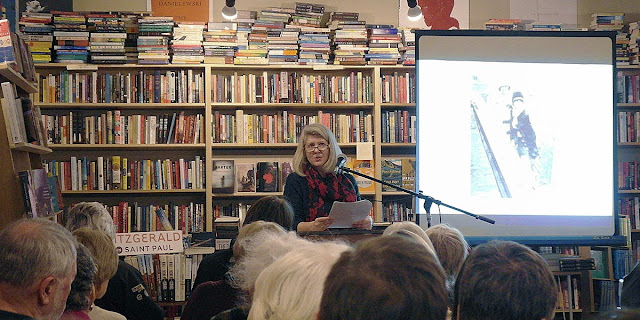 Rather than indulge in the pre-pre-pregame show, I went to literally a different sort of cultural event. Garrison Keillor's Common Good Books bookstore hosted a meeting of  Fitzgerald in Saint Paul, a group devoted to the works and legacy of the city's most celebrated writer. Historian Laura Iandola discussed the changing role of women in the 1920s in the light of the Fitzgerald story Bernice Bobs Her Hair. A lively Q&A ensued; while no consensus was reached, I did receive a flash of inspiration at its conclusion: 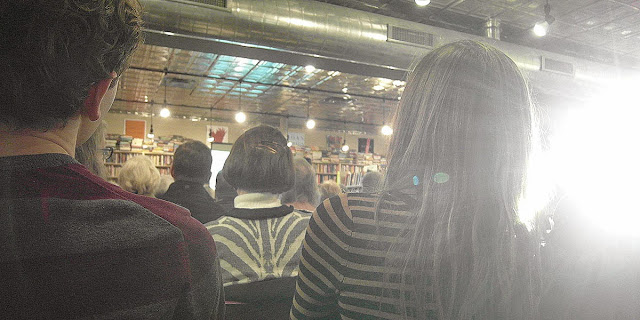 I was in a surly mood, and that's a good thing! No better way to take advantage of it than a visit to Minnesota's most successful new brewery, now in its new digs: 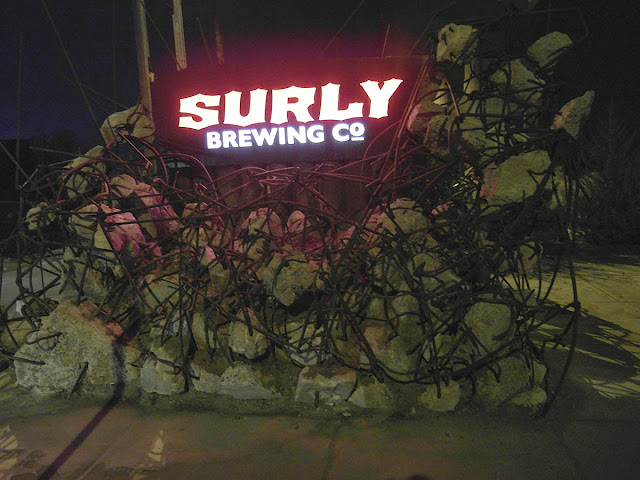 A stroll past the the brewing equipment… 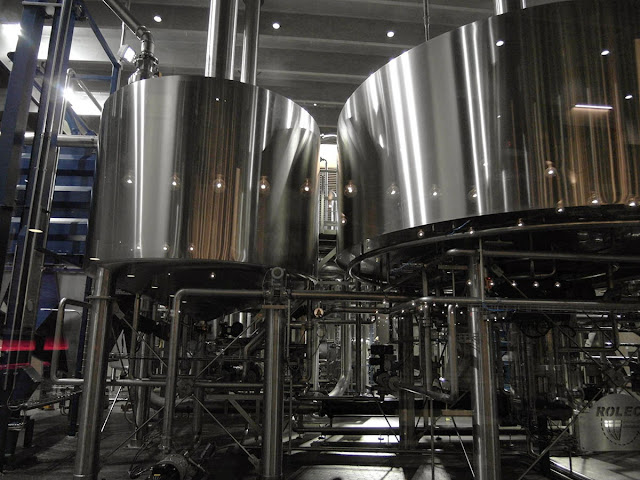 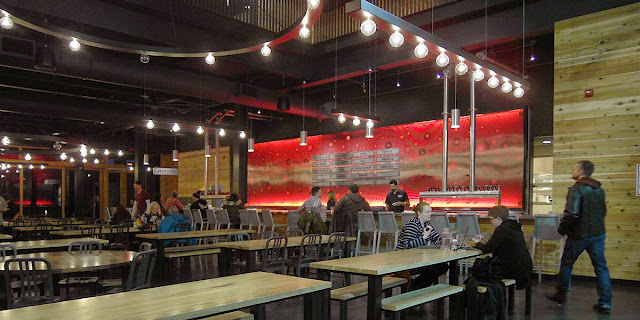 The beer was, as expected, tasty, the food (charcuterie sampler) was unexceptional. More disturbing was the deafening heavy-metal music that drove out any thoughts of thinking.

I'll be getting my Surly's at the liquor store from now on.

I've got Scotty at home already.

Apparently, they were not trying to appeal to a large segment of the population.