The Book of Powers

This is chapter 42 of The Matriarchy, a serial fiction novel on FITK 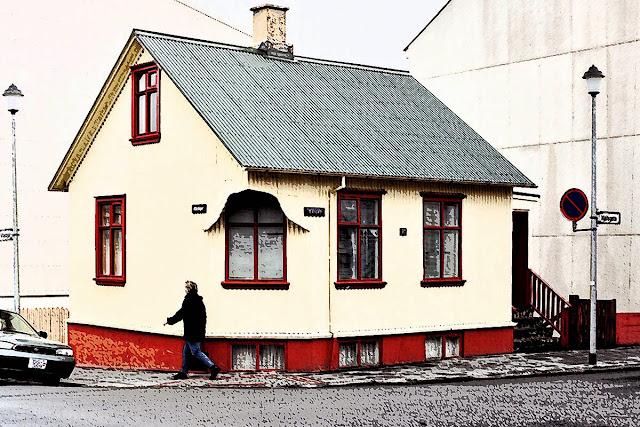 When Sean and Mary returned to Tina’s, Mary went straight up to their bedroom. Sean went to the kitchen where Tina was beginning to prepare supper.

“Certainly, you can peel the potatoes,” said Tina, handing him the peeler, “How did your trip into town go?”

“Well, we’ve got some news from Seattle, it appears that we’ve had a stroke of bad luck—we have to go back to work.”

“It isn’t really a new job, it’s just some things at ADR which need to be wrapped up. We thought they might have a rough transition period, that’s why we hid out here, so we could have a couple of weeks to ourselves,” said Sean, “On a more serious note, there have been some developments in the Billygate affair—some information about who tried to kill me in Virginia.”

“Are they going to arrest someone?” asked Tina.

“No, Roger Ramsen, the man who stabbed me, is dead. There is some other information about the connection of him with a group of men who were probably behind my mother’s death as well. They are very dangerous.”

“So, when you are back in Seattle,” said Tina, “Will they try to attack again?”

“I don’t know, but we intend to to find out more about them when we get back,” said Sean, “We’ll let you know what’s going on. We plan on heading out Wednesday morning and driving more or less straight through, with only one overnight stop.”


Back in the bedroom,  Mary had opened the book that Edwin had given her. The session at the park bench had made her aware that she now had knowledge of the symbols and hieroglyphics contained in them. The cryptic signs, which had been hitherto meaningless, were now understandable. Mary read the first page:

The Matriarchy and the Fulfillment of Human Potential

Throughout the millennia, there has been an underlying current of greater awareness, sustained by a matrilineal succession, emerging from time to time in Women of Distinction. Sappho, the Oracle at Delphi, Mary Magdalene, the great women mystics of the middle ages, Auður the Deep, as well as the thousands of unheralded seers and witches: all have nurtured the secrets of this understanding in the face of massive hostility. This is The Book of Powers, which describes the applications and responsibilities bestowed upon those who have the capability to use these forces. The companion volume, The Book of Keys, will allow the holders of this awareness to utilize the powers described here. In that you, the reader, are able to understand these words is proof that you hold these powers. Use them wisely.


There was a list of 17 chapters; the titles were indicative of many of the things Mary had already experienced: The Animal Mind, The History of the Organism, Speaking Through Others, Heightened Sensation, Vision of the Past, Thought Transference. Other chapters concerned things she had yet to undergo: Suspended Animation, Material Discorporation, and, the two most intriguing: Birth and Death.

She began to read.


Þora had been watching her son Vilhjálmur carefully since his episode early Sunday morning. He had calmed down after she cleaned him up, he had no fever and otherwise seemed to be normal, even taking a long nap Monday. That evening her uncle Hilmar had stopped in. Over coffee, she had told Hilmar of the odd behavior which the child had exhibited. Hilmar took a keen interest in her comments.  When Vilhjálmur toddled into the kitchen he picked up the child and held him in his arms.


At dinner, Mary was ravenous.

“I’m afraid that I’ve been possessed by Mr. Creosote,” she said, after her third helping of mashed potatoes.

“My goodness, who is that?” said Tina, “Is that one of Emily’s lovers?”

“No, it’s a character from a Monty Python film,” said Sean.

“I’m sorry, it is an old British comedy troupe. Mr. Creosote was a patron in a fancy supper club, who ate everything on the menu.”

“And what happened to him, dear?” asked Tina.

“He blew up,” said Mary, “I don’t plan on following in his footsteps.”

“That doesn’t seem to be very humorous,” said Tina, “It must be an English thing.”

“What were you doing upstairs?” asked Sean, “Besides developing an appetite?”

“After this afternoon’s session, I found that I am able to read Emily’s books,” said Mary, “They confirm what I’ve been going through. If the ‘magic’ is as powerful as it appears to be, it has almost unlimited powers. I’ll be visiting the last two sites tomorrow. There are some things I still don’t fully understand.”

“Use the powers carefully, dear,” said Tina, “We wouldn’t want you to explode.”


Hi Molly, OK to proceed, be careful. Pick a neutral site for the data exchange, upload the info to the dropbox and then return the media to Sally. The less you know, the better. We'll be back Saturday, and will contact you after we examine the data. Thanks for sticking your neck out on this, it could be a life-saver for us, and perhaps put an end to this affair.

*"Lovely boy", "What is the secret behind your eyes?"