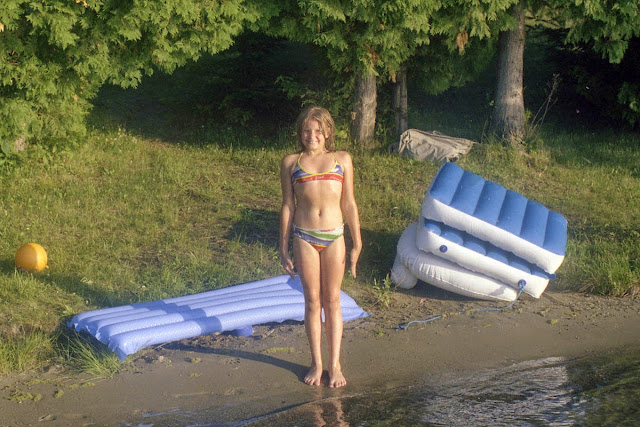 The weekend party at a rented lake cabin was winding down. I was standing on the dock with my camera, anticipating a dramatic sunset as it neared the trees on the western shore of Woman Lake, a fair-size body of water in Cass County, Minnesota.

“Hey mister! take my picture!” It was the girl from the cabin next door. She was on the verge of puberty, an age where she still retained childish enthusiasm and natural grace. Her legs and arms were covered with marks from mosquito bites. I suspected that she was a little bored as there weren’t any other children around. She had been ‘spying’ on us “grownups” all afternoon, we were younger than her parents and she seemed fascinated by our behavior.

“O.K., where do you want to be?” I said, interested in how she would present herself.

“Right here!” she said, standing stiffly with her arms at her sides. I almost laughed when she thrust her chest up, but I just smiled and snapped.

“Why don't you sit on the dock,” I said, and she eagerly complied. The sun had gone behind a cloud and the light had become softer. I talked with her a little: told her my name, asked her what name was, did she come here every summer? She seemed happy that an adult would have a regular conversation with her. She began to relax, we talked some more, and when her 'natural girl' appearance returned I took a picture: 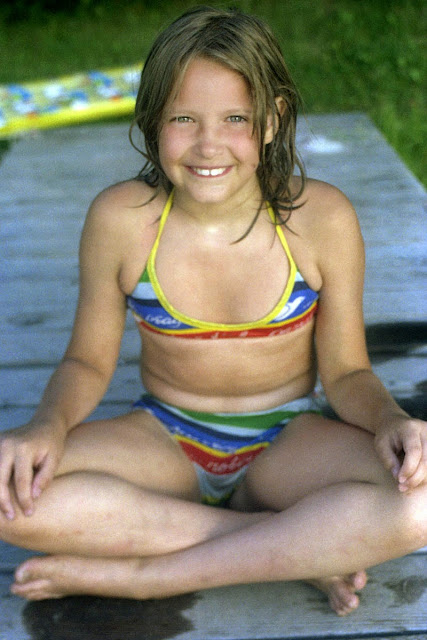 When you're not their parent it is amazing what some kids will talk to you about and the way they do it. It can be quite enjoyable.