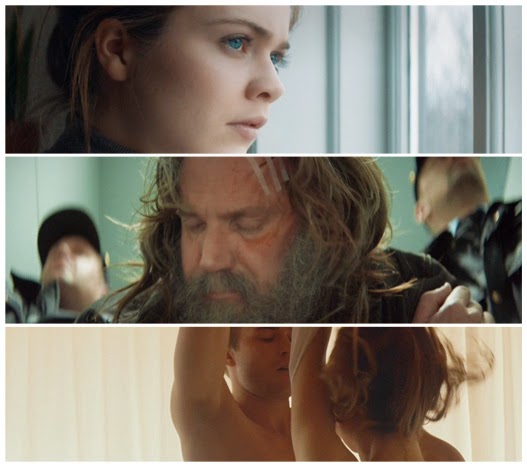 Life in a Fishbowl

A film by Baldvin Zophoníasson

The 2015 MSPIFF featured two Icelandic films this year; I wrote about The Grandad on Monday.

Life in a Fishbowl (Icelandic title Vonarstræti) was one of the latest films to come out of Iceland which uses the 2008 ‘Kreppa’ as a background for its story. A true ensemble piece, it follows three people living in Reykjavík: Eik, (Hera Hilmar) is a preschool worker who augments her inadequate salary by being a call girl, Móri (Þorsteinn Bachmann) is a talented but alcoholic writer/poet/artist, and Sölvi (Thor Kristjansson) who is an ex-football player turned banker. Their lives, at first unrelated, quickly become entwined in what would, in lesser hands, become a treacly soap opera. Baldvin Zophoníasson's ability in avoiding revealing too much gives the result that nothing we see on screen is unnecessary to the development of the story, and its simple style enhances its realism.

Those familiar with Iceland will find numerous references to the situation of 2008, but is not needed for an appreciation of the film. Either title is appropriate; Vonarstræti is the street at the North end of Tjörnin and figures prominently in the story. Life in a Fishbowl captures the very real social situation that comes with living in a small city (and is also the title of Móri’s comeback novel). The level of acting, dialog and production is on a very high level resulting in a film that left me (and the audience, who applauded at the end) very satisfied.

My brother is going to see this. Sometimes I don't like being in a cultural wasteland.