Loss of a Pet 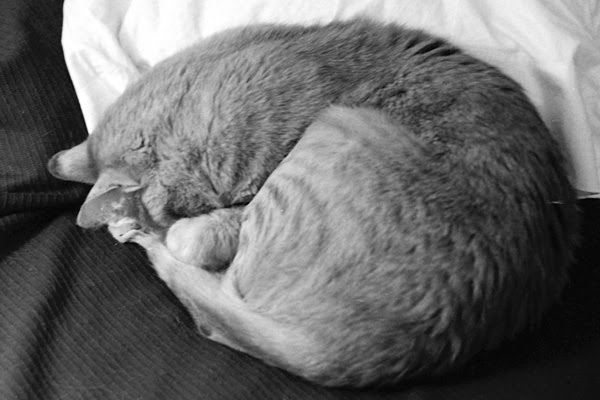 And here, my brothers and sisters, is the sad and weepy part...

A recent blog post about the death of an Icelandic cockatiel triggered in me an unexpected flood of emotions and memories about every critter with whom I've ever had the pleasure to share a roof.

Polly the cockatiel was just a bird, but I knew of her, and about her personality. Because I (and many others) had read about her she had unwittingly enriched not only her owner's life, but the lives of hundreds of others. I've had a dog, more than a few cats, and even a couple of lizards (although the reptiles weren't exactly chummy) while growing up and when our kids were young. One cat, in particular, was the closest. An ordinary tom, who moved in with us when I was about 8, who lived with me throughout my childhood and teen years, and even survived into my young adulthood. We did things together; we explored the backyard and the neighborhood (he would actually walk with me) and if I was troubled (or high) he could always tell. Still, he was just an ordinary cat, a cat whose favorite pastime was sleeping. In his old age, when he was suffering, I was the person who took him to the vet to be put down.

In this world filled with human death why is it that the loss of a pet can be so devastating? The answer was eloquently stated in the post I referred to:


... with animals, there is a complete absence of guile. They’re just whole and complete in who they are and they give of themselves unconditionally. And that is rare with people.

So here's to Polly, Tommy, Skipper, Betty, Booger, Terry, Bodkay and all the other critters who have touched our lives. Love can be hard, it can be messy, it can be sad.

But it also can be perfect.

I know how it is and Alda says it very well. We had our 30 year old boarder put down yesterday. It was a long hard day.

Awww. I keep breaking down crying over Bodkay. It did occur to me that I didn't cry this much when my grandma died, and that made me feel guilty... but no less sad about Bodkay. I guess it's just the human condition. We do love our animals.

Shoshanah~ From the pictures you posted of Bodkay over the years he seemed to be a 'thoughtful' cat, a cat with discernment. So sorry for your loss.