This is chapter 58 of The Matriarchy, a serial fiction novel on FITK 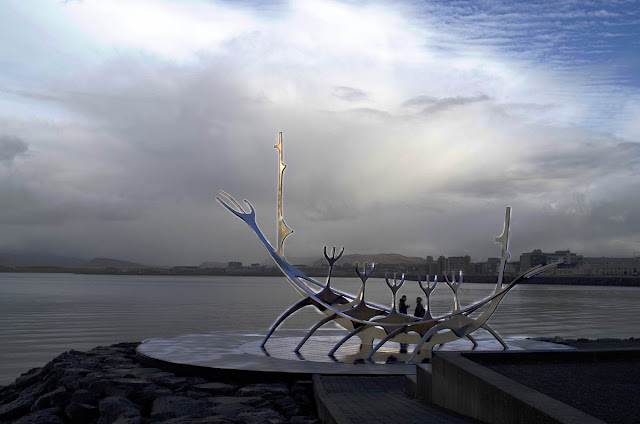 It was a little past seven P.M. when Hilmar dropped Mary off at her apartment. Hilmar and Mary had spoken little on the two-hour trip back to Reykjavík. Sean, who had been going over Vilhjálmur’s paternity papers, rose up from the table where he was working and greeted Mary warmly with a hug and a kiss. He could sense from her body language that Mary had experienced another major ‘incident.’

“How did it go today?” Sean asked.

They left the apartment and walked down Fríkirkjuvegur towards the old harbor, where Sean knew there were several good restaurants. As they neared the waterfront, Sean felt a wave of nausea and stopped to regain his equilibrium.

“What is it?” Mary asked with alarm.

“This is where Billy died.”


Back in her apartment in Seattle, Molly Berenson had just finished reading about the death of Sally O’Donnell when a knock at the door startled her. She had been warned about opening the door and, after the latest news, was terrified. The knock was repeated, followed by the words: “FBI, can we have a word with you, Ms. Berenson?”

Molly didn’t believe it. She quietly went into her bathroom and, after locking the door, called the police.


John Regelind III pondered his options. He knew that the FBI had renewed its investigation of Sean’s stabbing. He also knew that The Brotherhood had too much power to be challenged directly. In another week, it would be the full moon again and with it another ‘session’ with Emily in the Chamber House. The Brotherhood’s new leader was sure to use the event as a way to solidify his power as well as a justification of his ‘doubling down’ on the use of lethal force. John knew that that would be the ideal time to break with the group and end its murderous rampage. He picked up the phone and called the FBI office in Washington, D.C.


After dinner, Mary and Sean walked past Harpa, the new concert hall complex, and then along the bay to the Sólfar sculpture.  Although it was early June, the air remained quite cool. Mary stood at the edge of the site, facing the sea, entranced by the vista. With a background of Mount Esja looming across the bay behind her sunlight hair, she looked every bit the Goddess, thought Sean.

“Aren’t you getting cold?” asked Sean.

“No, not in the slightest,” she replied, “I feel as if I’m burning up—in a good way if that makes any sense to you. We can go back to the apartment if you’d like.”

“We should check in with our lawyers in Seattle. There may have been some developments,” Sean said, looking discouraged.

“It’s been a long day for both of us,” said Mary, “I hope you aren’t down about the paternity case; just how bad was it?”

“Remember the good old days, when I was a millionaire?” said Sean, ruefully. “I’m going to have to get a job.”

“If I am going to be Mother of the Goddess, I’ll need a housekeeper.”

They walked back to the apartment via Laugavegur; most of the shops were open, and had throngs of tourists walking in and out of them. Sean thought their aimless meandering was akin to Brownian Motion. He continued his prior conversation with Mary:

“I don’t begrudge Vilhjálmur a thing. I’m a little bummed about not being able to be much of a father. Þora is conscientious, and Hilmar seems to be aware of what’s going on. You spent the day with him, what do you think of the man?”

“I’m afraid I gave him a bit of a fright. I ‘left’ him for a time, that is. I was in a different realm of reality. I’m changing again. I have new powers.”

“See that car, the red one, across the street?”

Mary stood still and stared at the car. It quietly rose a few inches and slid toward the street where it ‘landed’ in a proper parking spot. The action was so subtle and smooth that the people walking on the sidewalk next to it failed to notice what was happening.

“There’s more. A lot more.” said Mary, as they walked up to their apartment. “Watch this.”

Mary stood still for a moment, then waved her hand at the door. It unlocked itself and swung open. After they entered, the door shut and locked itself behind them and the room-darkening shade rolled down. As Sean was grappling with what he had just seen, he turned to speak. Mary motioned him to be silent. She smiled and then reached out and touched her fingertips to Sean’s.

Sean saw that their clothes were now lying on the floor and that they were naked.

An hour later, Sean was again able to realize who he was.