This is chapter 73 of The Matriarchy, a serial fiction novel on FITK 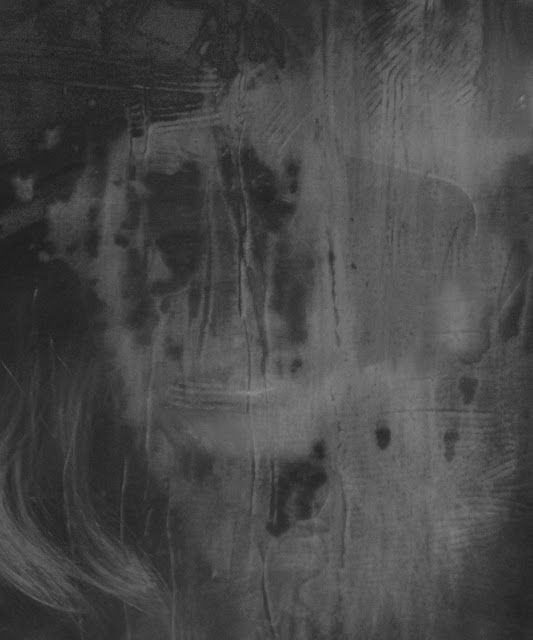 “You’re still awake? Usually, lovemaking knocks you out,” Mary said, slipping back into bed, “Not that I’m not complaining. What’s on your mind?”

“I’m not comfortable with the idea of being obscenely wealthy,” said Sean, “I’m afraid that it has a very real potential to ruin everything.”

“So give it all away. You’ll still have me and the baby. I won’t love you any less if you do. We’ve been through enough weird shit already. The baby will love you as well—if you’ll let her.”

“I don’t want to wreck her life, too,” said Sean, “She’ll have enough of a struggle with The Matriarchy. She shouldn’t have the albatross of unearned wealth as well. As far as giving the money away, that would bring us a lot of unwanted attention. What have I turned into? I came out to Seattle to become invisible, and now I’m Mr. 0.0001%, a wealthy cyber-celeb.”

“Don’t let fear and self-loathing destroy you,” said Mary, “Put the money in a blind trust if you have to—you can deal with it all later. Our daughter will still have to grow up. She’ll need a strong father to help her lead a normal life, at least until she comes into her maturity.  It’s pretty obvious that I’m not going to be a ‘regular’ mother. Things for me are only going to get stranger. But you, you can be the one to provide her with some sense of a regular childhood. She’ll grow into her knowledge and understanding gradually, but she still needs to be a girl with a dad,” Mary paused, then said, in a determined voice: “Sean, listen to me. Each of us has a destiny. Embrace it. There is no escape from it, there never has been, there never will be.”

“You’re right, of course,” said Sean, “But don’t you ever have second thoughts about bringing another child into this world, into this set of circumstances?”

“Having children is an affirmation, an affirmation which says: ‘This child is born for the future, to make the world a better place.’ This is what The Matriarchy is all about. Our beginning is a given. Our ending is as well. The middle part—humanity’s messy struggle for existence, all the joy and despair, the love and the hate—that part is amenable, in an infinite variety of ways. The old way of eternal war between nations, between tribes, between men and women; it can change. That change has already begun. The challenge for us now is to avoid being swept up in the mælstrom of events which will come with these changes. Don’t falter now, Sean. You’ve gotten this far, take the chance—you just might succeed—and if you give up you will certainly have failed, failed just as much as if you never tried.”

Now it was Sean’s turn to be silent. Finally, he spoke:

“I won’t let you down. It’s just that I feel like sometimes I’m in over my head.”

“Who wouldn’t feel that way? I’m not exactly comfortable with my role in all this. But what has made the difference for me is that I’ve got Emily's support and instruction. It is the way of The Matriarchy: support and understanding. It is the opposite of the power struggles of The Brotherhood.”

“There will always be a gap between us, won’t there?” said Sean.

“No, not always. The barriers between the sexes with come down when The Matriarchy’s ultimate fulfillment comes to its fruition,” said Mary, “And that day will come.”


Down in her apartment, Emily was wide awake, as usual. Since her re-animation, she hadn’t really slept, not in the way she did before. “I’ve been asleep for seventy years.” she mused, “That should be enough for three lifetimes.” She would lie down, even closing her eyes at times, but her mind was always racing. Since she discovered that she was aging rapidly, the most pressing issue was her own mortality. She had had premonitions of her demise before, but now, when she directed her inward gaze at her own future, all she could see was a murky blackness, inhabited by amorphous forms.

Emily had picked up some art supplies, augmenting the vintage pigments that Sean had shipped back from Iowa. Emily had never given up her habit of drawing or painting. It was a compulsive, almost automatic act. She would often work on an image for hours. She felt that this activity allowed her to take a look at her own sub-consciousness.  By using brushes and thin washes on water color paper, Emily's monochrome palette matched her inner vision. This night was no exception. It was near dawn when she put down her brush and stepped back to look at the result.

It wasn’t much to look at at first glance but, after she had stared at it for a while, an image seemed to coalesce out of the vague strokes on the paper. A woman with long hair, smiling and wearing a broad-brimmed hat. Most of her face was obscured in shadow. Emily instinctively knew who the woman was: a Norn, who would be her guide to the after-life.

“Pleased to meet you, sister,” Emily said, putting down her brushes.