Ufuoma and Vigtýr and Me 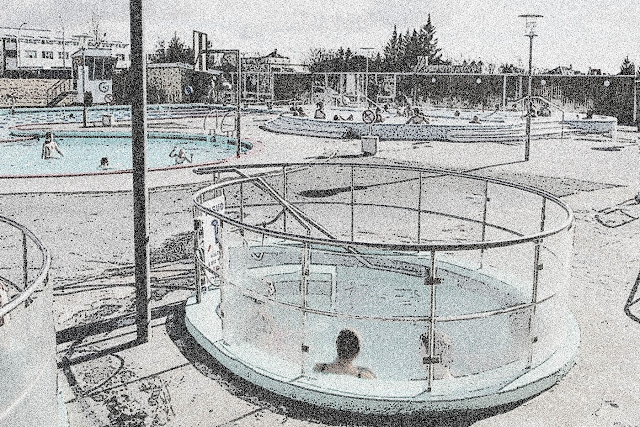 The hot tub conversation I was having with Ufuoma was interrupted when we were joined by Vigtýr, ‘The Banjo Player,’ as she called him. He was in his mid 30s, tall and handsome, with long blonde hair—a regular Viking. Ufuoma, who had been out of the country for the last few weeks, had to catch up on things and asked him how he had been doing lately. His answer was quick in coming and surprised me with its bluntness:

“I’ve been feeling kind of… I guess you could say I've been lonely.”

Ufuoma, expressing genuine concern, started asking questions. Vigtýr said he had always been self-reliant, but lately it had started to catch up with him. Ufuoma knew that he had some health issues as well, including surgery to relieve nerve damage in one leg, a condition which caused him to have phantom pain in his foot. Ufuoma nonchalantly picked up his leg and began to massage the offending foot.

“I know someone in London, he can help you, no surgery, you should go see him,” she said. She then lifted her leg above the swirling water and showed us the scars on her leg. She had gotten them from the exhaust of a motor scooter. They were interesting, two round spots, had her healer friend helper her recover? I didn’t have any interesting stories to offer about either of my legs.

The instant rapport we shared (based mostly on Ufuoma’s extremely engaging personality), was like a meeting between old friends. It would be hard to image in any other circumstance, but the leveling nature of the hot-pot made it seem natural.

It was with great deal of reluctance that I finally took my leave to catch the flight back home.

Someday, if all my obligations are gone, I may just not come back. It's just a fantasy, I know, but one that floats through the mind now and then.

Sometimes I feel like I never did come back.

The Weaver always worries that I won't come back, but she's a lot better than a dozen Icelands.