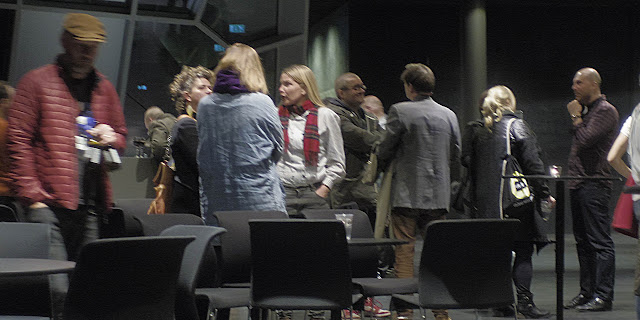 One of the things I've missed on my last couple of trips to Reykjavík is the Iceland Airwaves Festival. It is being held later and later; it's going on now.  I still check it out on line, it is fun to see some of the new faces and even more gratifying to see unknown acts stick with it and make their way to the bigger venues. One Airwaves show I did manage to see this year was Úlfur Eldjárn in the Kaldalón Hall, which is part of the Harpa complex: 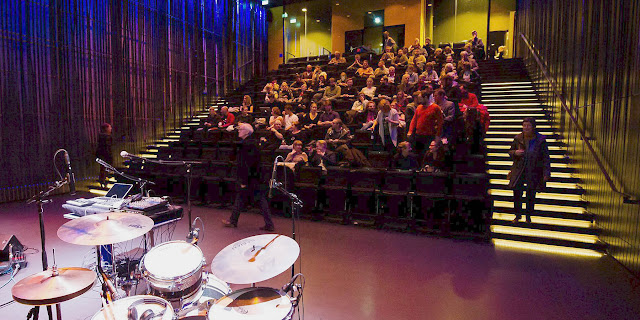 He will reprise the performance I saw so, in a way, I experienced a small dose of Airwaves a month early. When I found the above image promoting Úlfur's appearance, I scanned the back row: 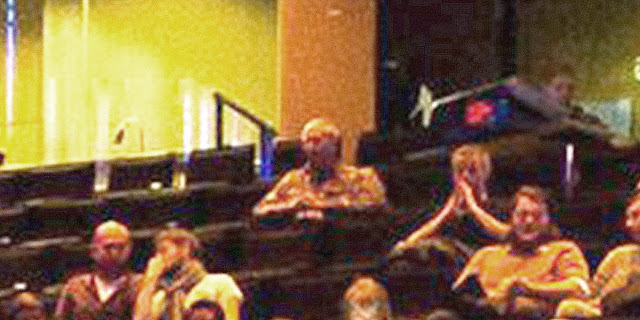 Blurry, but that's me in the center: trendsetter and patron of the arts Icelandic.