This is chapter 79 of The Matriarchy, a serial fiction novel on FITK 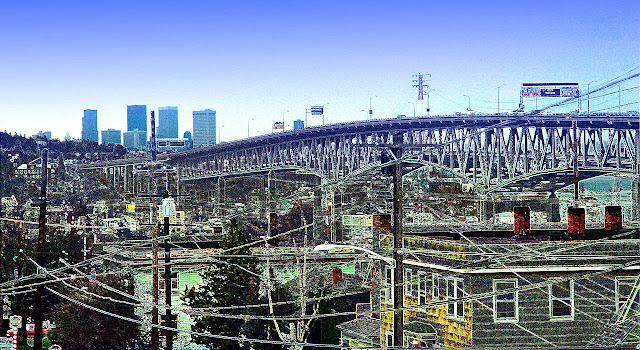 Mary kicked Sean out of the bed and gathered the sheets up around her body.

“It might be time to stop doing this for a while,” said Sean, picking up a tissue.

“Hmph,” snorted Mary as she left the room, “I’ll be the judge of that.”

“I defer to your judgement,” said Sean, “I’m going out to get some groceries.”

Mary called out from the bathroom; “As long as you’re going to the store, would you pick up some things for Jo’s apartment as well? I wrote two lists, They are on the kitchen counter—one for us and one for Jo’s place. She really doesn’t have much more than the clothes on her back. I think it would really be depressing to have to move into an empty kitchen.”

“If it’s that much stuff it will take me a while,” said Sean, pulling on his clothes, “Is this your nesting instinct expressing itself?”

“Maybe. Just buy tons of everything, between the three of us we’ll eat it eventually. Hell, if I continue to be this hungry I’ll eat it all myself,” Mary said,  “I’m going to be on FaceTime with Hilmar at five, after I’m done I’ll come down and help you get Jo’s apartment ready.”

When Sean left for the store, Mary got dressed and went back to the couch in the living room. She smiled to herself as she put the erotica away.

“Emily’s drawings are definitely going to find an audience," Mary said, “I hope Sean realizes what he’s getting into.”

“Much. Very much,” Hilmar began, “The spell app is still going viral. We’re running out of material. We’ve been putting up new spells, in rotation, spreading them out so that everyone doesn’t get the same one at the same time. Do you have any more material that we can use?”

“Some, I’ve got some more things to go through. I’ll try to get you as many as I can before the baby comes. Are you still getting positive feedback from users?”

“Já. From thousands,” said Hilmar, “On the Facebook, the Twitter, pictures of people smiling. Some of them with cats. The cats are smiling as well.”

“Haha! Start putting them on the app feed,” said Mary, “There is a social aspect to all of this, if we can do it without making it appear to be a power grab it will help immensely. The app is still a dollar ninety-nine a month?”

“Make it a dollar even,” Mary said, “It has to be available to everyone, and no funny business with selling user information. Make sure the people who use it know that all their information is erased monthly.”

“Nothing directly,” said Hilmar, “Although it won’t be long. There’s another religious craze here that is getting all the negative publicity—The Zuists—a Sumerian religion that has been revived to foster the separation of church and state. I think it’s just a dodge to avoid the official church levies.”

“Icelanders are taxed to support the state church?”

“It has been a point of contention for a long time. It’s one of those Icelandic things which are hard to explain.”

“I’ll have to look up Zuism. Sounds like they are my kind of people.”

“Speaking of your kind of people, we’ve been getting a lot of people coming to Iceland, attending our events, some of them are asking about where the spells came from. You’d be a big hit here if you ever wanted to start a career as a preacher.”

“Thank you, no. I’d prefer to stay behind the scenes,” Mary said, “Have there been any people asking for me by name?”

“Yes, now that you mention it. There was a woman who said she was from an internet news service, Tech Creeper,” said Hilmar, “She got a hold of my email address somehow. She asked a lot of questions about Sean and Billy and you.”

“Did you answer it?” said Mary.

“No, I never answer emails. If I did I would never get anything done.”

“Good. If you still have it could you forward it to me?” said Mary, “I like to know what I’m up against.”

“Já.” Hilmar said, “Oh, there’s the bell, I’m expecting some people. We’re planning a big solstice celebration at Snæfellsjökull. Send me more spells, if you can. I’ll forward you that email. Bye.”

“Bye, thanks for not telling anyone about me.”

Mary’s phone rang. It was Sean.

“I’m at the store. Do you really want all those candles you put on your list?”

“I need them for some ceremonies I found in the voodoo book.”