This is chapter 82 of The Matriarchy, a serial fiction novel on FITK 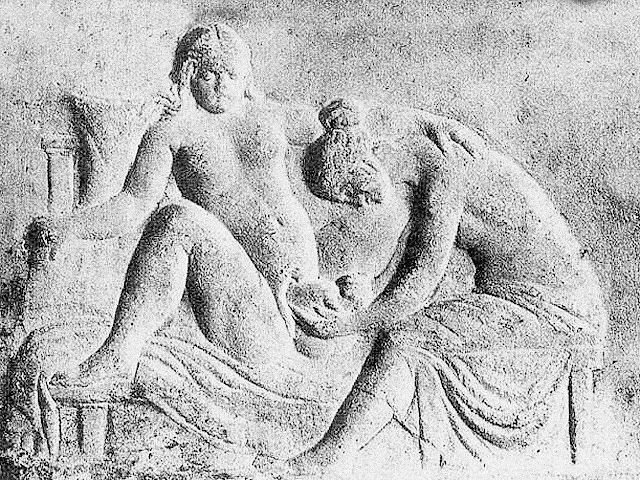 As Sean was lighting candles, there was a knock at the apartment door.

“I don’t know. It looks as if Mary will be stuck here. Her labor is proceeding very quickly. The city looks like it is paralyzed, how did I-5 look from your place?”

“Bad, but still standing. Do you think this building will collapse?” said Jo.

“It should be good, at least up to a seven,” said Sean. “It was built to the latest earthquake codes.”

“Fill the tub, would you, Sean?” Mary said, between gasps, “We’ll need all the water we can get if the city’s infrastructure goes down.”

“I’ll fill all our pitchers too,” said Sean, “Jo, the childbirth supplies are already in the bedroom, Mary, can you make it there?”

While Sean saw to the water, Mary and Jo went into the bedroom.

“Jo, let’s be clear about this. You don’t have to be here. I won’t think any the less of you if you leave,” Mary paused to catch her breath, “This is my struggle, I’ve already been the cause of too many problems for you.”

“Hey, I’m in,” said Jo, as she began to sort out the things Mary would need, “You and Sean have done a lot for me, too. You got me out of Spokane.”

Sean came into the room.

“I don’t think we’ll be going anywhere soon,” he said, “It’s gridlock out there. All the streets are full of cars. There are fires starting up around the city and the traffic will be a big problem for any first responders. What I could see from the balcony is that Elliot is completely jammed. Most of the city is dark. There are still lights on on Bainbridge however.  I can’t see Rainier from this balcony. Did you see an actual lava flow on Rainier?”

“That might be a good thing—it hasn’t done a Mount Saint-Helens yet,” said Sean, “If it had exploded we’d already be toast. How’s it going, Mary?”

“My labor is in fast-forward. Strong contractions, a minute on a minute off. Jo, would you check my dilation?”

Sean put his phone in flashlight mode and gave it to Jo. Jo bent down and looked between Mary’s legs.

“You’re at about six centimeters, wow, it is really going fast.” said Jo, “Sean, get me a pan of warm water, it won’t be long now.”

Mary’s gasps had turned to grunts and by the time Sean returned Mary was growling.

“I’m right here with you,” Sean whispered in Mary’s ear as he climbed up on the bed behind her, “Is there anything I can do for you?”

Sean took the ring from his watch-pocket and put it on his finger. He was immediately engulfed in Mary’s thoughts.

I am the world, bursting with life, birthing the goddess incarnate…


From the seven portals by the seven seas, the new age of humanity begins tonight…


The light, the light…

As Mary’s contractions shook her body Sean began convulsing in sympathy. Mary’s grip on his hand began to hurt, bringing his consciousness back to the bedroom. Sean saw the flickering light from the candles reflected in the beads of perspiration on Mary’s face.  The glow from the phone between Mary’s legs reminded him of a religious painting of the baby Jesus in the manger. A new contraction brought his consciousness back to Mary’s thoughts.


As the solstice approaches, so does my deliverance, the longest night will be replaced by day…


Dick Merrit and Elly Nelson, reporters for techcreeper.com, were speeding North on the Alaskan Way Viaduct when the big quake hit. Dick lost control and their car swerved into oncoming traffic. There would be no further installments of the techcreeper.com exposé of Sean and Mary.


Hilmar tried to appraise the situation. He tried his phone but got no reception. He knew that any volcano was extremely dangerous but so far the prevailing wind was blowing any harmful gasses away. The lava flow was still sluggish. If the flow did increase he could see where previous eruptions had discharged—right where the group was standing.  With the disabled tour bus on its side in a ditch, he had to do something. Hilmar began to talk to the group, urging them to hike down the road, away from the volcano. There was a small settlement about four kilometers past the church, if the group started now they could reach it in an hour, hopefully before hypothermia began to set in. A small explosion at the peak convinced those few who wanted to stay to change their minds. As they began their trek, the volcano behind them began to erupt in earnest.

Mary had been in hard labor for about twenty minutes. Sean’s mental state began to change. He was aware of Mary beside him, but her thoughts no longer appeared to him. Instead, a black limbo presented itself. He could sense inchoate forms, but could make no sense of them. He was becoming deeply disturbed by what he was going through, but he resisted the impulse to take off his ring.

Mary’s consciousness was fully engaged in the childbirth process. She could feel the changes in her cervix as she became fully dilated. The contractions had become fully integrated into her being, they were no longer there, they had become her.

With a loud cry from Mary, the baby slid out: a girl, covered in vernix, perfectly formed, with a little halo of fuzz on her head.

The baby was not breathing.