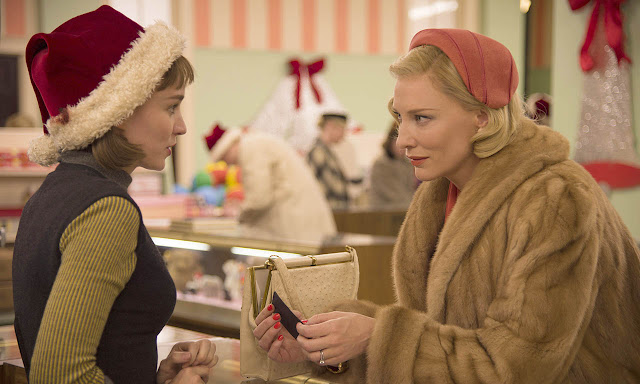 The Todd Haynes film Carol is, indeed, exceptional. Todd Haynes makes very stylish movies, from his Douglas Sirk inspired Far From Heaven, with its deep psychological color schemes, to his film I'm Not There, where he gave each of the six or seven Bob Dylans in it a completely different "look". His latest film, made from the 1952 Patricia Highsmith novel, is a love story between a shop-girl/photographer and a wealthy woman who is in the middle of a divorce. I must remark on the stunning cinematography by the great Ed Lachman, as well as the production design by Judy Becker. The early fifties never looked so true (and yes, I can remember them) especially the department store sequences and the pre-modern decor. All of this worked in support of the very delicate play of emotions between the two main characters—a showcase of of subtle acting.

Jim Jarmusch gives us a different look in his 2013 vampire film Only Lovers Left Alive: 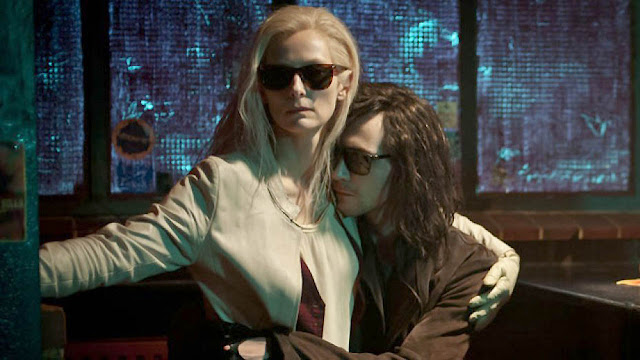 Kind of silly, this film explores the notion that ageless vampires are cultural connoisseurs, a lot of time is spent prowling the streets of modern Detroit, a metaphor for a collapsing society. The always great Tilda Swinton is magnificent as Eve, while Tom Hiddlestons Adam is suitably dark. Lots of fabulous vintage guitars and electronics. The great John Hurt portrays a 500-year old vampire Christopher Marlowe, still kvetching about how Shakespeare stole his work!

Sometimes films get lost in the shuffle and are hard to find. After browsing my usual haunts for a cheap copy I finally broke down and purchased a new copy of Robert Altman's seriously deranged 1977 masterpiece 3 Women :

As long as I'm on Shelly Duvall and Robert Altman, we recently re-watched Popeye (The Weaver's favorite film.)  Robin Williams does a great Popeye and Shelly Duvall, in the role of a lifetime, is Olive Oyl. The Harry Nilsson soundtrack is a little weak at times but, I have to admit, for a colorful comic-strip movie it is pretty entertaining: 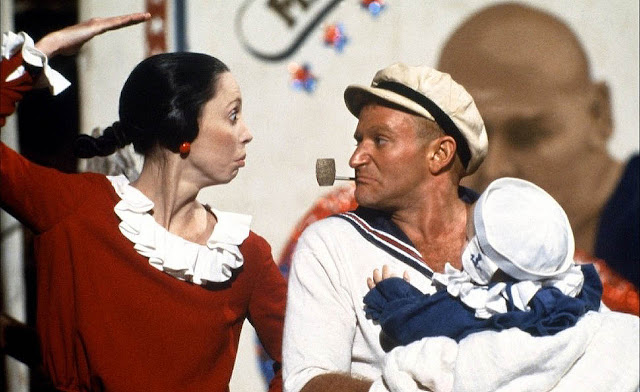 It has an insanely great comic-riffing scene between Popeye and Poop-deck Pappy (Ray Walston).

On a whole different plane (a spy-plane?) is Steven Spielberg's cold war legal procedural Bridge of Spies. Set in the early sixties, it is a much more somber mood-piece: 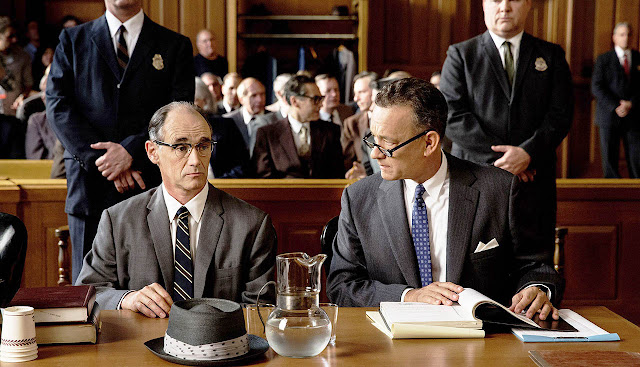 Scenes of men in suits in courtrooms offer a limited palette to be sure, and the murky photography (Janusz Kaminski) and period-correct production design (Adam Stockhausen, supplemented with the graphic design of Annie Atkins) gives a result that is not what one would call "festive." This kind of movie-making is like a BIG MACHINE with lots of power, running on a very high level, although the story is a bit slow. Tom Hanks is perfectly cast but I'm still not quite convinced of the genius of Mark Rylance. The Coen Brothers worked on the dialog; it helped keep this film from becoming a pedantic bore. Spielberg can make movies like this in his sleep.

Speaking of the Brothers Coen, Hail, Caesar! will be out next week. I'll be sure to review that one: 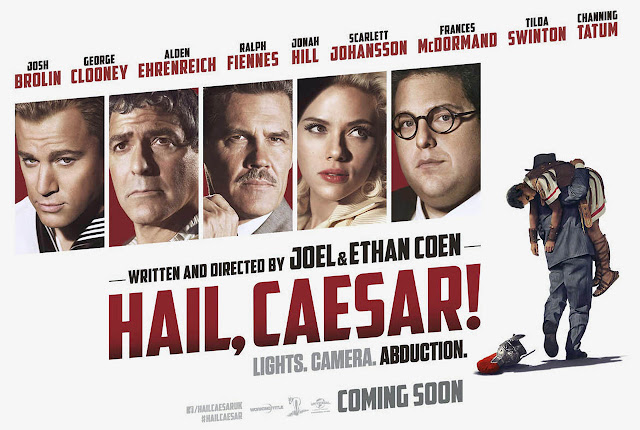