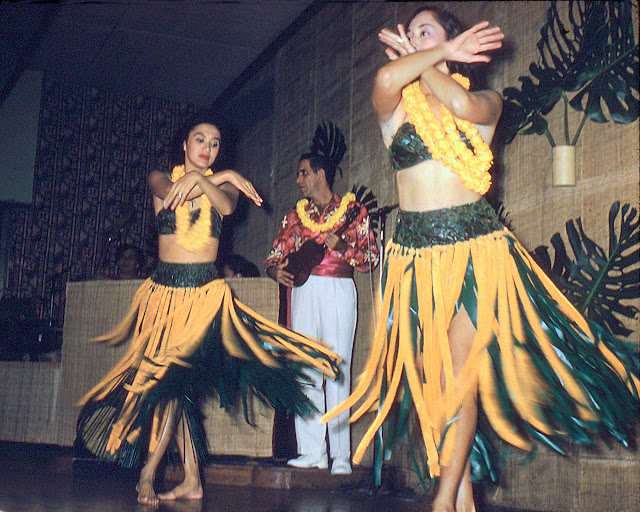 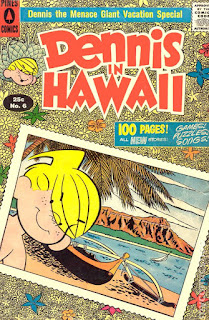 Taken before Hawaii was a state, the Kodachrome above gives a glimpse of its tourist trade nearly 55 years ago. It may be that the camera just captured an off moment but it doesn't appear that anyone in the picture is having much fun.

Hawaii was an impossibly exotic locale when I was a youngster.  In the process of becoming a state, there were numerous articles and television programs featuring the island 'paradise.' One of the promotional items was the comic book Dennis in Hawaii, I had a copy. It featured Dennis the Menace on a trip with his mother and father to all of the major Hawaiian Islands; a trip that would have cost many thousands of dollars in 1959—about equivalent  to the cost of the house I was living in.  It seemed strange to see Dennis, who was a 'normal' kid in his daily newspaper strip (of about the same socio-economic class as me), suddenly surrounded by luxury. I knew then that my family wasn't rich. Years later, I did make it to Oahu. While not on the scale of Dennis' grand tour, Hawaii had many intriguing things to offer, some strangely attractive. Overall, modern Hawaii could never be nearly as exotic as the 1959 Hawaii my 9-year-old mind had imagined from Dennis' adventures.

I also saw hula dancers when I was there—it was an awkward experience: 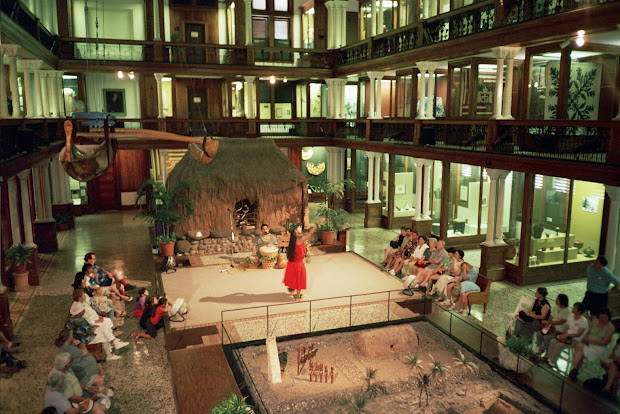 I did see another hula dancer, a member of a combo that was performing in the patio lounge at one of the big oceanfront hotels. She was a fine singer, but on a few numbers she put down the mic and just danced. Her hula dancing was exquisite.

Any folk art loses its delicacy when it is translated into a commercial enterprise. Hula dancing, with its intertwined aspects of physicality, sexuality, and spirituality, may be the most fragile of all the arts.